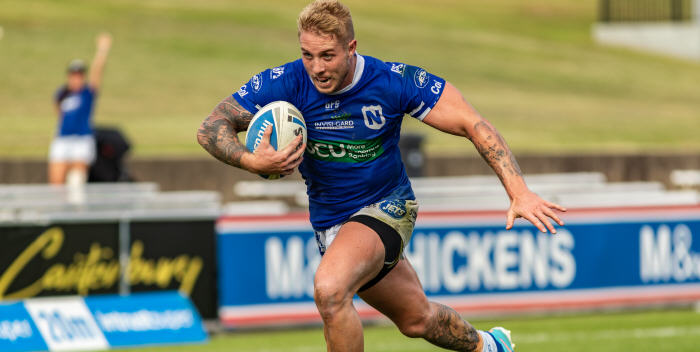 Jets turn on a thriller for the big live television audience

The Newtown Jets have staged a breathtaking fightback at Belmore Sports Ground this afternoon (Saturday, 21st April), defeating the fourth-placed Canterbury-Bankstown 22-20 after having trailed 20-0 early in the second half.

To top off the significance of this achievement, the match was televised live on Channel Nine with both commentators Joel Caine and Jamie Soward (who played with the Jets in 2006 and 2007) lavishing praise on Newtown’s comeback and the quality of play displayed by this young team.

Strongly-built centre Aaron Gray scored the winning try for the Jets in the 79th minute, but it was Newtown’s youthful spine of fullback Will Kennedy, five-eighth Jack A. Williams, halfback Kyle Flanagan and hooker Blayke Brailey who were the real standouts in this memorable victory. Brailey was named as man of the match by the Channel Nine commentators, and this young fellow continues to maintain a tremendous run of form.