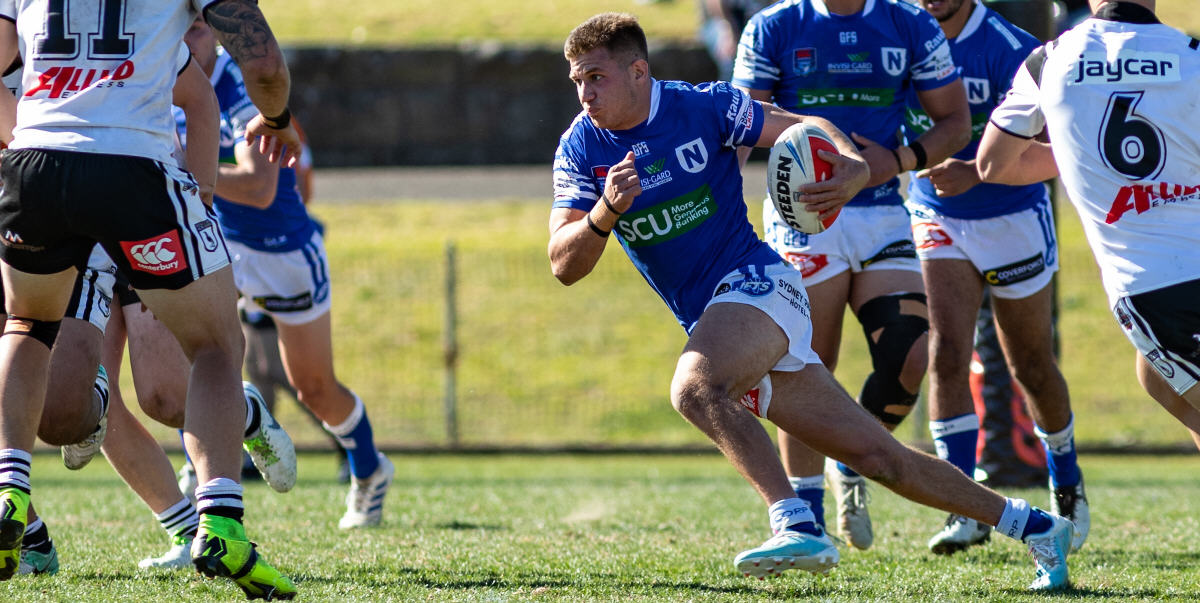 The Newtown Jets turned on some spectacular moments for the Henson Park crowd and the live television audience in their 42-14 win against Western Suburbs on Saturday. The Jets had led 26-8 at half-time and scored eight tries to three in a display that thrilled their loyal supporters.

Newtown trailed 8-4 midway through the first half, but laid on four tries in rapid succession that put themselves in a commanding position at the break. The Jets extended their lead to 38-8 in the second half, with the Magpies scoring their third try in the 65th minute.

Jets flying winger Sione Katoa scored an exhilarating diving try in the first half that is sure to be included in the season’s video highlights. Fellow winger Luke Polselli scored two tries, the second of which came from a near length of field interchange of passes. Front-rower and former Kiwi international Greg Eastwood was not to be denied and scored two tries, one on either side of the half-time break. The other try-scorers were halfback Kyle Flanagan (who also kicked five goals), second-rower Siosifa Talakai and elusive fullback Will Kennedy.

Newtown’s forwards dominated the middle and allowed the backs to showcase their pace and skills. Front-rowers Wes Lolo and Jimmy Jolliffe made a lot of ground, while receiving strong support from backrowers Siosifa Talakai, Scott Sorensen and Teig Wilton. There were two players on debut for the Jets on Saturday – backrowers Tom Hazelton from the Cronulla Sharks Jersey Flegg squad, and Toby Rudolf who was playing his second game of the year. Toby was signed last year by the Cronulla Sharks from Redcliffe in the Queensland Intrust Super Cup but he was badly injured in the Canterbury Bulldogs-Redcliffe Intrust Super National Final. He played his first game in 2019 with the Glebe Dirty Reds last Sunday and made a huge impression with the Jets on Saturday.

Saturday’s winning margin against Western Suburbs enabled Newtown to claim the Tom Raudonikis Cup for 2019 on a points for and against basis (Wests had won 32-22 in the 7th round back on the 28th April.)

Other 23rd round Canterbury Cup NSW results were to Newtown’s advantage and have guaranteed the Jets a place in the 2019 finals series. The Jets have one more competition round to play when they host the Newcastle Knights at Henson Park next Saturday, 31st August at 3.00pm. This final competition match is also the Newtown Jets annual club reunion day.

You can ring Olga on 1300 36 36 90 and arrange to pick up your package from the Newtown RLFC administrative office at 14 Rich Street, Marrickville during business hours; or if you’re buying online get your order in quickly so your package can be processed and posted early this week.

Check out the Father’s Day package on: www.newtownjetsclothing.com.au

Taking It To The Streets – The Second Life of the Newtown RLFC has been receiving complimentary comments from those persons who have already bought the book and read it, plus Phil Gould gives the updated club history a favourable mention on his latest Six Tackles With Gus podcast, available on: https://wwos.nine.com.au/podcasts/six-tackles-with-gus . Tune in at the 42nd minute 35 seconds mark to hear Phil Gould’s considered opinion.

Here are the details for Newtown’s final home game for 2019:

Next Saturday is the annual Newtown Jets club reunion day.