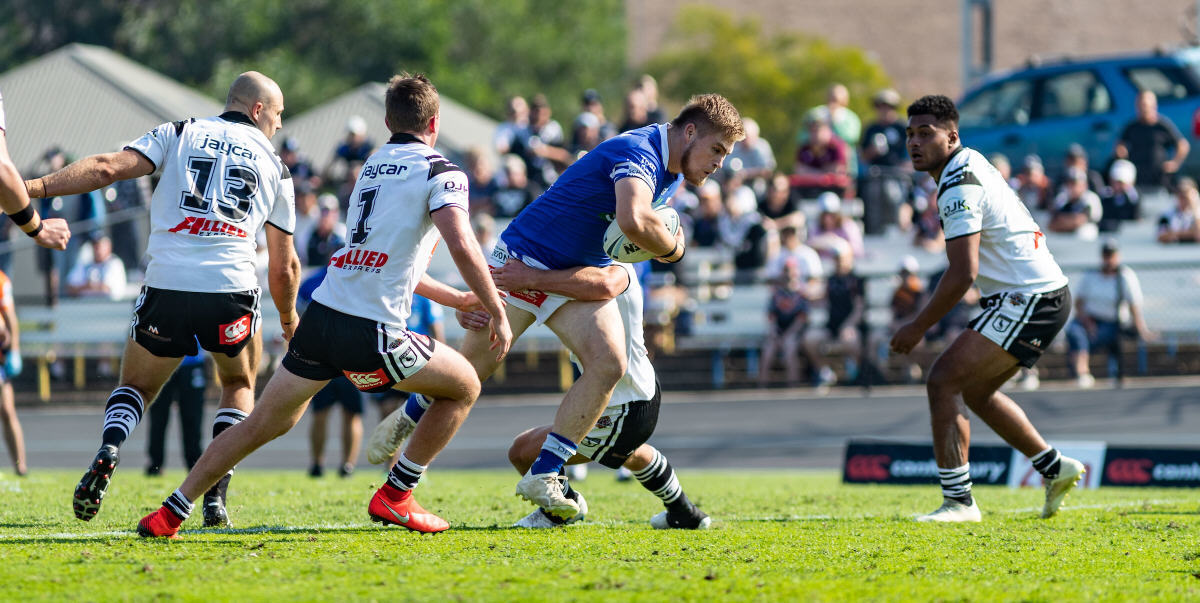 Magpies prevail in first leg of the Tom Raudonikis Cup

A less than full strength Newtown Jets rugby league team put in a brave effort against the Western Suburbs Magpies in the Canterbury Cup NSW 7th round match played at Lidcombe Oval on Sunday.

The Magpies eventually got the measure of the Jets by 32-22, but only after Newtown had regained the lead twice in the second half. Wests had led 16-12 at halftime after the Jets had made a less than encouraging start, conceding three tries in the opening fifteen minutes to trail 16-0.

Newtown centre Matt Evans scored two exceptional tries in the first half to get the Jets back into the contest. Winger Isaac Lumelume and centre Jackson Ferris showed great determination in scoring for Newtown in the second half, and the Jets still led 22-20 with just twelve minutes left to play.

The Newtown Jets return to Henson Park next Saturday, 4th May, when they take on close neighbours and keen rivals, the in-form South Sydney Rabbitohs. This match will commence at 3.00pm.