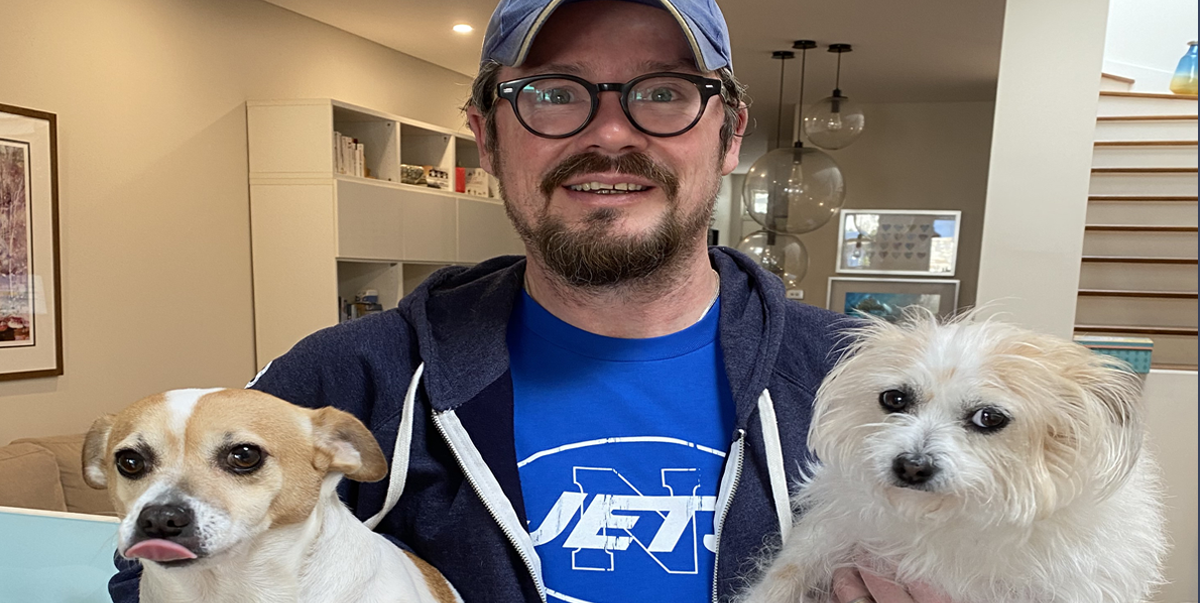 Thanks to Petersham RSL, we’re bringing back the ‘Meet the Members’ series of interviews. This week, we’re talking to Glen Archibald, a member of our Royal Blue Legends Club.

Glen, how long have you supported the Newtown Jets?

I’ve been a supporter of the Newtown Jets since moving into the Newtown area back in 2011.

I’ve only recently became a Royal Blue Legends Club Member and I regret not having become one sooner.

What persuaded you to become a Newtown supporter?

My wife and I love the community feel that the club has, the strong ties the club has with its members and fans and the rich history of the club. It was my wife who thought that becoming a member would help in some small way at alleviating some of the financial pain felt last year by the club during the lockdown and cancellation of the season.

Do you remember your first home game at Henson Park?

My first home game was many years ago, a snap-decision made to go to Henson Park with the wife and our two puppies.

Sitting on the hill, sun shining, beer and sausage sandwich in hand, a lovely winter’s day; watching the Newtown Jets win, counting the number of times John Trad cycled around the oval on his penny-farthing being chased by the local kids and watching the halftime armchair experts run onto the field to show off their sidesteps and field goal talents!

What was your favourite experience this season?

As it was my first year as a Member, being introduced to the Jet Set lounge and the volunteers that put their heart and soul into running the day. Feeling like part of the team, meeting some of the players and training staff and hearing my name called out over the loud speaker as one of the player sponsors. Knowing that my small contribution to the team has helped in some way during these tough times and an attempt at giving a small part back to this fantastic community.

When you walk through the gates on Game day at Henson Park what do you feel?

Proud of the community spirit, the atmosphere is like stepping back in time; grassroot crowds and that old-school football feel.

The stresses of the outside world are forgotten and it’s all about the football, the club and the fans.

Do you have any favourite players?

Do you support any NRL teams?

Being Penrith born and bred . . . go the mighty Panthers.

As told to Kim Fuller