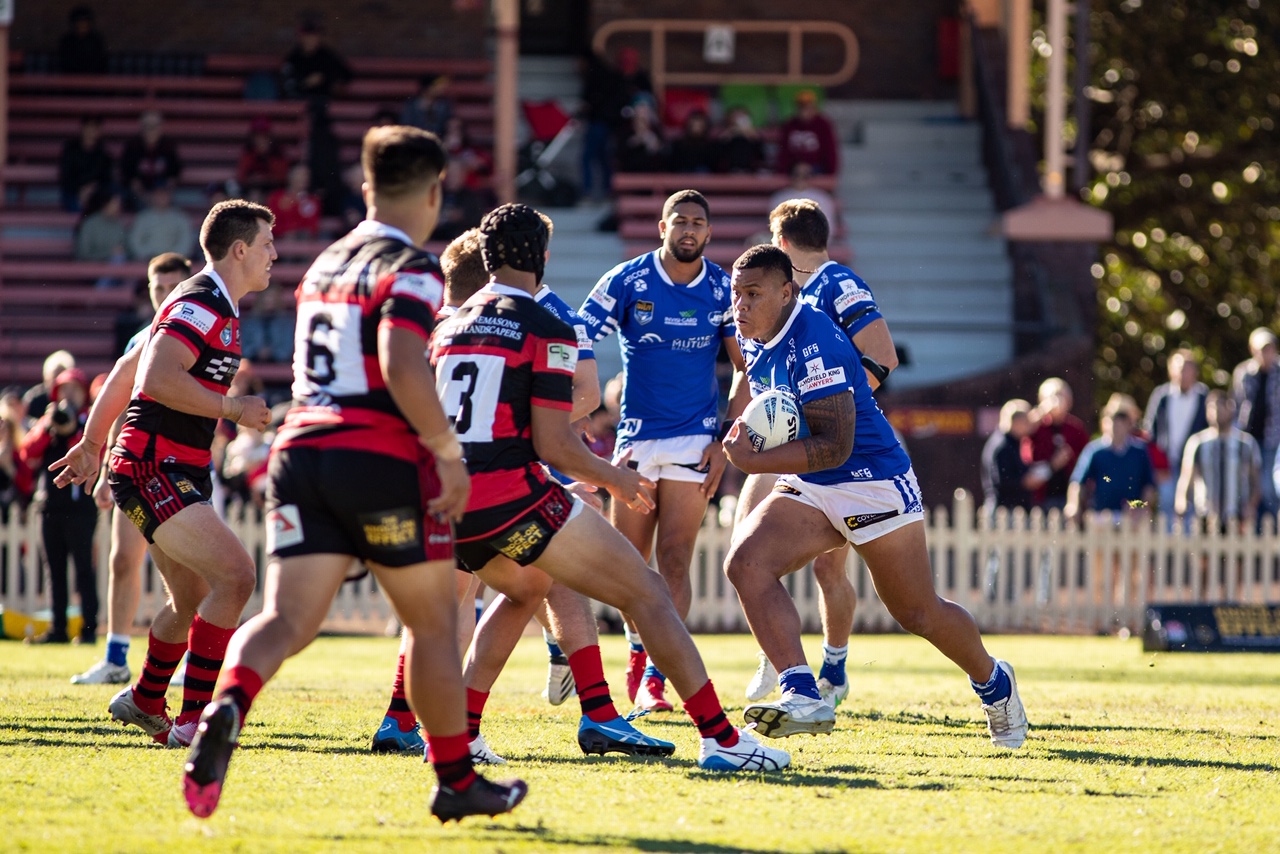 Newtown’s 20-all draw with North Sydney in the Knock-On Effect NSW Cup fifth round match played on Sunday has drawn some comparisons with the Sydney Roosters 26-18 win against the Cronulla Sharks at the SCG on Saturday night.

The Sharks had run up an 18-4 lead midway through the second half at the SCG, while the Jets led the Bears 14-6 at the halftime break and by 20-6 after 48 minutes, before Norths came home strongly to force a draw.

North Sydney scored three tries in the final thirty minutes and missed a couple of other likely scoring opportunities. The Bears levelled the scores with just three minutes left on the clock, with the conversion attempt spraying wide much to the relief of the big contingent of Newtown supporters present at historic North Sydney Oval.

Spring-heeled fullback Luke Metcalf scored two tries for Newtown, emphasising what a potent strike weapon he can be for the Jets.

While Newtown’s performance was most certainly a marked improvement on the previous week’s thrashing at the hands of the Canberra Raiders, this was still a valuable competition point to concede after having run up a fourteen-point lead.

The Newtown club will pay tribute to the late Tom Raudonikis when the Jets host the Newcastle Knights at Henson Park next Saturday, 17th April.