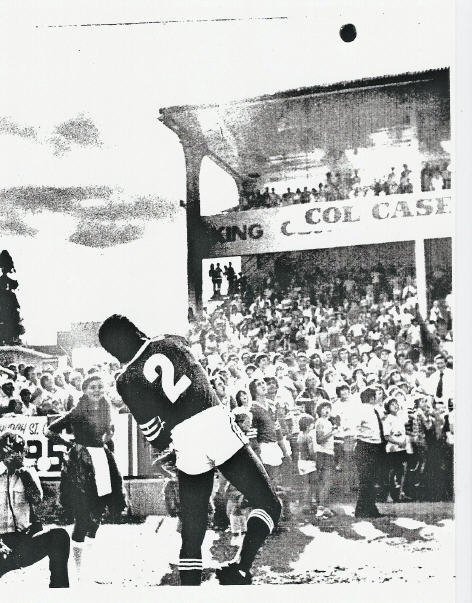 News has been received of the passing of Manfred Moore

The Newtown RLFC regrets to announce the passing of Manfred Moore on 11th January 2020. The news of Manfred’s passing was only made known to the Newtown club yesterday (9th March).

Manfred Moore attracted considerable publicity for his short stint in professional rugby league with the Newtown Jets in 1977. He had previously played professional American Football with the San Francisco 49ers, Tampa Bay Buccaneers and Oakland Raiders. He was a member of the Oakland Raiders squad that won the 1976 Super Bowl (Super Bowl XI) although he did not play in the Final. After his departure from Newtown, Manfred resumed his American Football career with the Minnesota Vikings.

His first game of professional rugby league was in first grade against Western Suburbs at Henson Park on Sunday, 20th March 1977. Amazingly he scored a try in his debut match with the Jets, but he only played a further four NSWRL first grade matches before returning home.