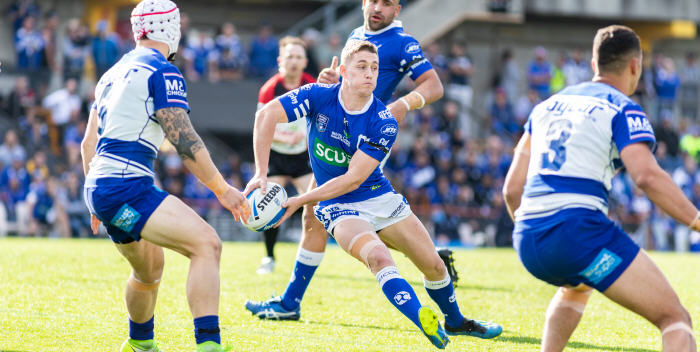 The Jets lost to Canterbury-Bankstown 18-12 after the scores had been locked together at 12-all, with just seven minutes remaining on the clock. Newtown led 10-0 late in the first half but conceded what was a controversial try to the Bulldogs right on the stroke of halftime. The Jets had completed 20 out of 21 sets in the first forty minutes and had 55% of possession.

Newtown’s second half saw several missed opportunities that could have secured the Jets a premiership title in their 110th year in rugby league. Canterbury’s winning try came from a one-on-one strip, and the Bulldogs extended their 16-12 lead through two more points from a penalty goal in the 75th minute. Newtown’s second half completion rate declined to 8 out of 15 sets and the Bulldogs had 55% of the ball in the critical second session.

This was a game of great intensity where a small number of errors and missed opportunities determined the outcome. For the Newtown club, it was a potential grand final victory that cruelly slipped away in the second half. Sione Katoa and Jack A. Williams were Newtown’s best backs and Jimmy Jolliffe and Kurt Dillon were the best of the forwards. Sione Katoa and Kyle Flanagan scored Newtown’s tries, with Flanagan converting his own try and kicking a penalty goal. Newtown’s loyal army of supporters made up the majority of the crowd estimated at being just over 9,000.

Canterbury-Bankstown kicked off, running to the northern end.