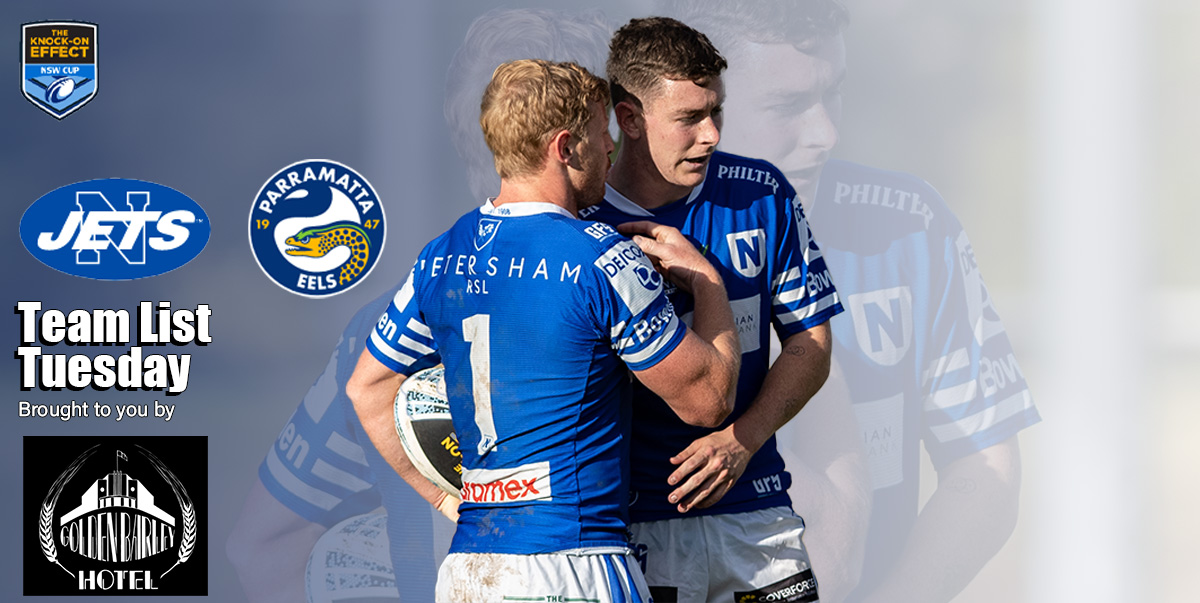 This week’s Tuesday Team List is brought to you by Golden Barley Hotel.

The Jets return home this weekend after two wins on the road currently sitting in 2nd place on the KOE NSW Cup ladder. They come up against 5th placed Parramatta in what remains a logjam between the top seven teams. Have lunch at Henson this Sunday and cheer on the men all dressed in blue from 1pm in what should be an enthralling encounter.

There will be plenty of fun to be had on the DEICORP Family Hill with FREE jumping castles & face painting to keep the kids entertained. Ice Cream Joe’s Mr Whippy & Barista will be in attendance, next to the Main Canteen whilst Philter’s Henson Park Draught, XPA and other tasty brews are available for all the Mums, Dads and over 18s.

Australian Mutual Bank’s Best Seats on the Hill are on again in 2022 and they could be yours this Sunday. For your chance to win FREE entry for 4 people plus food and drinks click on the link and enter your details https://forms.sharedservices.com.au/form.php?c=146&f=345