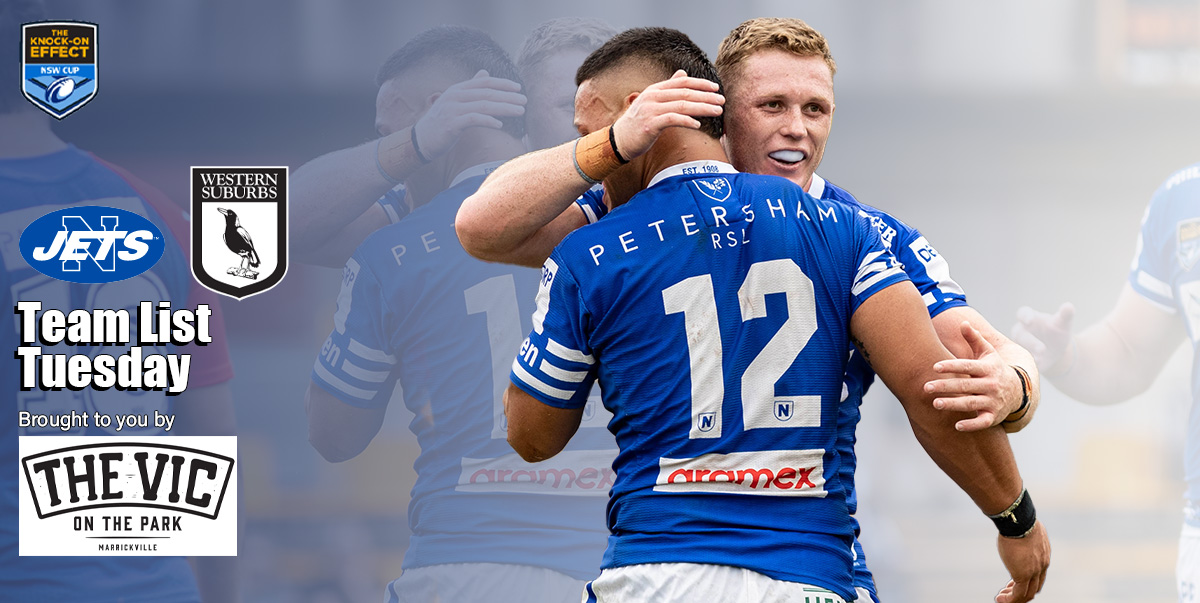 This week’s Tuesday Team List is brought to you by VIC on the Park.

Newtown Jets coach Greg Matterson has named his team for the KOE NSW Cup Round 5 clash versus Wests Magpies being played at Henson Park, Saturday 9th April, 3pm kick-off. The Jets are striving to maintain their unbeaten record so far this season and also strike the first blow in the battle for the Tommy Raudonikis Cup. Glebe Dirty Reds take on Ryde Eastwood in the Ron Massey Cup from 12.30pm.

The wait is over! It’s the biggest day of the year at Henson Park this Saturday with the fifth installment of the BEER FOOTY & FOOD FESTIVAL which brings the best inner west craft breweries and food operators to our famous Henson Park hill. Postponed from 2021, there are more brewers, more foodies and more entertainment for the kids than ever before! The stalls open from midday and the main game is at 3pm. GET THERE EARLY TO AVOID THE QUEUES!

Some things to consider…

The Jets invite members, supporters and friends to Vic on the Park from 5.30pm on Saturday to mingle with players and coaching staff, recover from the Beer Footy Food festivities and hopefully celebrate a victory. Vic on the Park is located at 2 Addison Road, Marrickville.

It’s the BEER FOOTY & FOOD FESTIVAL at Henson Park this Saturday so bring your friends and family and enjoy one of the most unique sporting experiences Sydney has to offer.