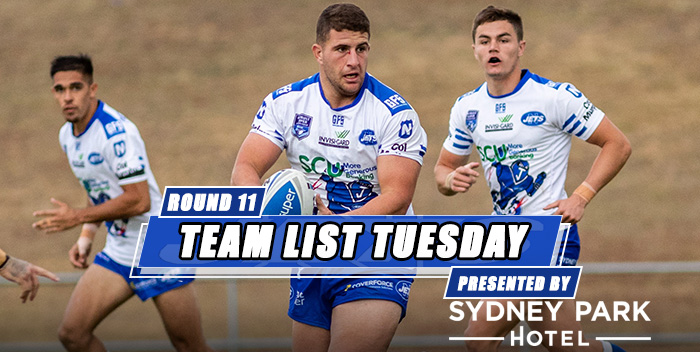 Newtown Jets has named its team for the Intrust Super Premiership NSW Round 11 clash versus Wyong Roos being played at Henson Park, Saturday 19th May, 3pm kick-off. This match is the third of the NSWRL’s MAGIC ROUND ISP TRIPLE HEADER at Henson this Saturday.

It’s ISP NSW MAGIC ROUND this Saturday 19th May at Henson Park featuring three big games of Rugby League. Mounties take on Wentworthville at 11am. At 1.00pm Channel 9’s Wide World of Sports team will broadcast St George Illawarra v NZ Warriors (get there early to be on TV!). In the final match of the triple header the mighty Newtown Jets do battle with Wyong Roos from 3pm.

There will be plenty of fun for the kids on the DEICORP Family Hill featuring jumping castles, face painting, pass the ball, Ice Cream Joe’s Mr Whippy & Barista along with JET MAN & SCU More Generous Banking’s Sid The Pig.

The Jets invite members, supporters and friends to Sydney Park Hotel after fulltime on Saturday to mingle with players and coaching staff and hopefully celebrate a win.

See you at Henson Park this Saturday!

If you can’t make it, you can also tune in to www.steelesports.com.au from 11am for all the action.