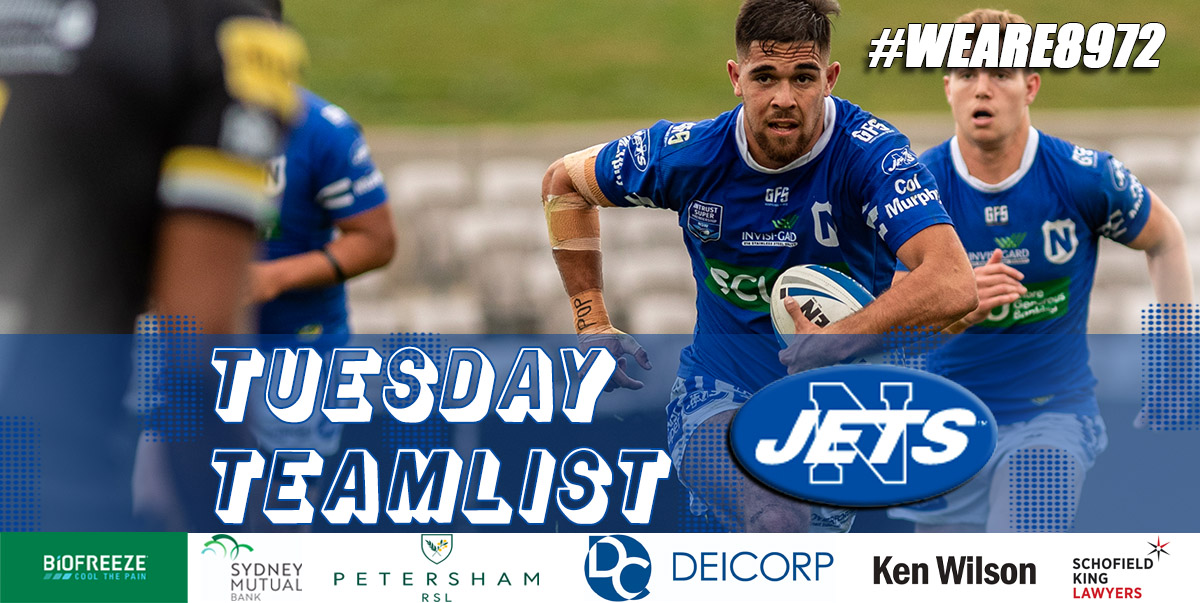 Welcome to Round 21 of Newtown Jets Virtual Season 2020.

While we might not be able to watch Newtown Jets games live this season we can relive past glories from years gone by. As part of Virtual Season 2020, JETS TV is broadcasting classic matches featuring our opponents from the 2020 Canterbury Cup NSW draw in “Amco Cup retro-style” on Wednesday nights at 8.00pm. Our intrepid social media team will “live tweet” the game as if they had entered a time machine and want you to be part of the action.

On Wednesday, 5th August they head to UOW Jubilee Oval, Kogarah to bring you an ISP NSW elimination semi-final clash between Newtown and Mounties that was actually played on Saturday, 8th September, 2018.

The Newtown Jets and Mounties had recorded one win apiece in their fixtures against each other that season but there was more than just a victory on the line when they challenged for a Preliminary Final berth.

The Jets surged into the top-four of the competition ladder on the back of their formidable efforts in attack but were rueing their two-point loss to the Dragons in the Qualifying Final the week before.

Scoring points was no worry for the Jets after crossing for five tries, but they were looking to re-establish their committed defensive efforts after leaking 28-points.

They faced a Mounties side who ended a five-game losing streak with a gusty 21-20 victory over the Warriors in the Elimination Final; a Tyler Cornish field-goal in the 75th minute proving the difference.

Both teams were expected to play an expansive brand of football with the Jets ranking first in line-breaks (137) and tries (117), while the Mounties sat fourth (104) and third (101) in each category.

The Jets welcomed back Kurt Dillon into the starting line-up in a huge boost for the side, with Wesley Lolo dropping to the bench while Glebe’s two-try hero Bessie Aufaga-Toomaga took the place of the injured Matt Evans on the left-wing.

Meanwhile, the Mounties kept the same 17 players from their victory against the Warriors, however, Sam Duggan returned to the starting line-up after an impressive performance at hooker with Joel Luani named on the interchange bench.

So tune in at 8.00pm, Wednesday, 5th August to JETS TV www.newtownjets.com or www.facebook.com/newtownrlfc  and follow us on www.twitter.com/newtownrlfc to see who comes out on top.

Thanks to Biofreeze, Newtown Jets has named its team from the game. Many thanks to our Player Sponsors listed in brackets.

Coach: Greg Matterson (Sydney Mutual Bank) If you’re a 2020 Newtown Jets member and would like to request a match for our Virtual Season contact us here.

Please keep spreading the word for our Keep The Jets Flying Campaign.

The willingness and generosity of our members, supporters and friends to join this critically-needed fund-raising campaign has been awe-inspiring.

We recognize not everyone can afford to help financially during these extremely challenging times but if you can, there is always room to join this mighty crusade to keep the Jets alive in rugby league football.

Another way you can Keep The Jets Flying is donating to Laps With Trady. This fundraiser has been set up by a group of members and supporters and features our lovable larrikin John Trad doing laps of Henson Park on his trusty penny farthing every week. Check out https://www.facebook.com/Laps-with-Trady-100545721662756/ for all the details.

Get down to the ‘eighth wonder of the modern world’ this Thursday 6th August from 5.30pm to cheer Trady on.