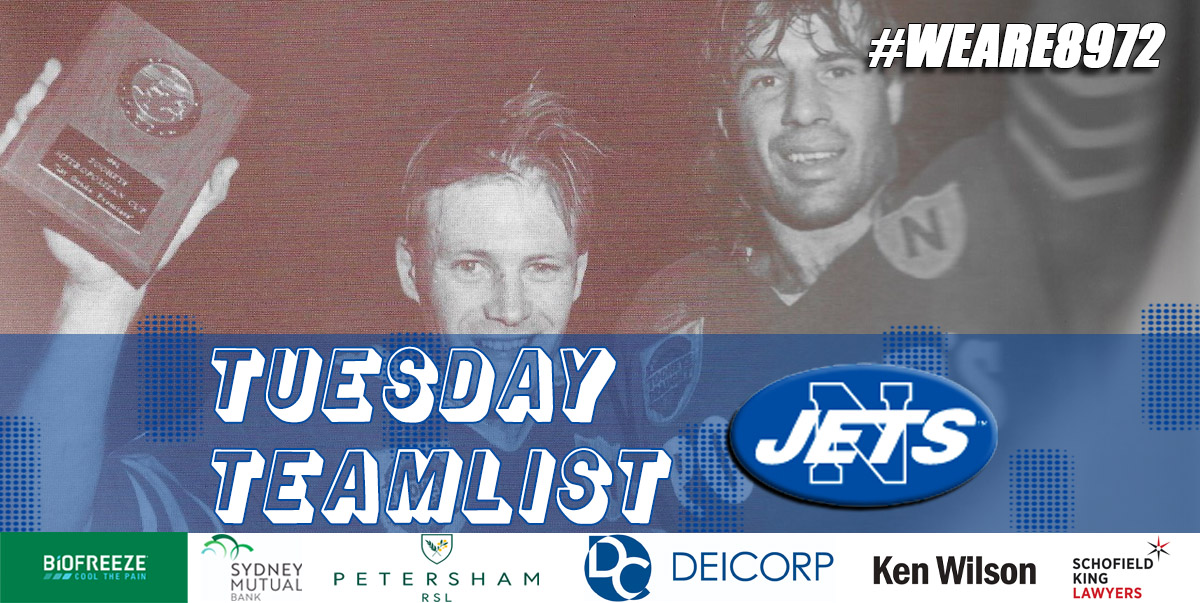 While we might not be able to watch Newtown Jets games live this season we can relive past glories from years gone by. As part of Virtual Season 2020 every Saturday from 3pm JETS TVwill broadcast classic encounters featuring our opponents from the 2020 Canterbury Cup NSW draw. Our intrepid social media team will “live tweet” the game as if they had entered a time machine and want you to be part of the action.

This weekend we were supposed to play Parramatta at Redfern Oval at 2.45pm as part of NSWRL’s Magic Round.

So at 3pm on Saturday 2nd May tune in to JETS TV www.newtownjets.com and follow us on www.twitter.com/newtownrlfc as we pay tribute to our Metro Cup era and the players and people who helped rebuild our club after seven years in the wilderness. We’re revisiting the historic Metro Cup Grand Final against the Eels’ former feeder club Wentworthville Magpies played at Parramatta Stadium on Saturday 29th August, 1992. It was a game that reduced grown men to tears.

Remarks club historian Terry Williams in his 1993 publication Out Of The Blue, The History of Newtown RLFC “Newtown fans had waited a long time for a day like Saturday August 29, 1992. Supposedly dead and buried a few years before, the club had made a comeback of biblical proportions to rise again and secure a place in the premiership decider. As minor premiers and club champions the Jets went in as strong favourites, especially after Wentworthville had to survive a replay of the final against Ryde Eastwood on the Tuesday. The Black and Whites were still confident, in spite of their injury toll, of repeating their first round win over the Blues.”

Newtown Jets has named its team from the game. Many thanks to our Player Sponsors listed in brackets.

Anyone old enough to remember when Newtown didn’t play footy from 1984 until we returned to The Metropolitan Cup in 1991 will vouch for how empty it feels when you cannot support your team. That’s why we continue to salute everyone that has supported our Keep The Jets Flying fundraiser. Your generosity is overwhelming.

We recognize not everyone can afford to help financially during these extremely challenging times but if you can, WE NEED YOU!

For details of the fantastic package on offer JOIN HERE!

Your support will help ensure we return in 2021 to defend our 2019 Premiership & NRL State Championship.

Massive thanks to all our loyal members and sponsors that have stuck with us for 2020 regardless of the season being cancelled to help the club through this tumultuous time – YOU ARE 8972.

If you’re a 2020 Newtown Jets member and you’d like to request a match for our Virtual Season contact us here.