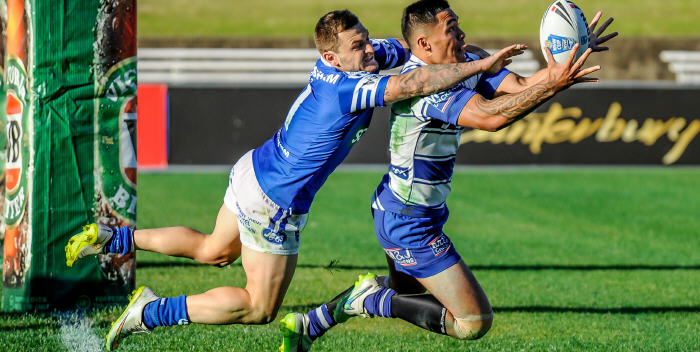 Nathan Gardner has been in particular strong form of late and again needs to play an important role for Newtown in Saturday’s game.

NEWTOWN JETS WANT YOU TO BE PART OF OUR BIGGEST CROWD THIS SEASON!

This Saturday is BEAT THE CROWD Day at Henson Park. Help us smash our legendary regular crowd of 8,972 as we take on Canterbury Bulldogs at ‘the jewel in the crown of R-r-r-r-r-r-r-rugby League grounds’.

It’s Retro Rugby League at its finest, it’s FUN for all ages, there will be FREE jumping castles and face painting so bring the kids, your mates, have a kick, sink a few beers and smash a few snags on the hill.

Entry is just ten bucks at the gate, five if you’re an FBi supporter or Bulldogs member and free for Kids under 16, Cronulla Sharks ticketed & Petersham RSL members.

We’ll also be paying tribute to our tough hooker and utility forward Kurt Kara, who will play his 100th NSW Cup match with Newtown this Saturday. Kara is a product of the Waikato Rugby League and the New Zealand Warriors development systems, and has given sterling service to the Jets since joining the Newtown club in 2011. He displayed exceptional courage and grit in playing a key role in Newtown’s 2012 NSW Cup Grand Final victory after having undergone extensive ear surgery just days before the game.