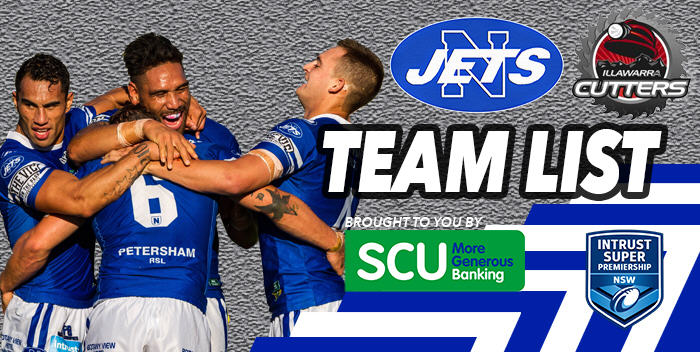 The Newtown Jets return to Henson Park this Saturday, 4th June and has named its team for the Intrust Super Premiership NSW Round 13 blockbuster versus 4th placed Illawarra Cutters kicking off at 3pm. The winner will collect the TOM KIRK CUP.

Sydney Uni RLFC will be playing NSWRL Tertiary Rugby League curtain-raisers from 11.00am.

Weather permitting, there will be plenty of fun for the kids on the Hardi Aged Care Family Hill featuring bigger than ever jumping castles, face painting, pass the ball, Ice Cream Joe’s Mr Whippy & Barista along with JETMAN.