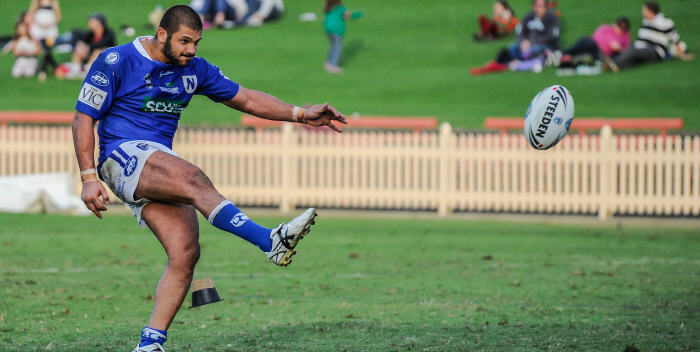 Newtown Jets has named its team for the VB NSW Cup Round 7 clash versus Mounties being played at Henson Park, Saturday 18th April, 3pm kick-off.

There will be plenty happening at the ‘Jewel In The Crown’ this Saturday as we celebrate Ray Moujalli’s 100 NSW Cup games for Newtown and commemorate the 100th anniversary of ANZAC Day with renditions of The Ode & Last Post plus a minute’s silence prior to kick-off.

This Saturday is also an SCU – More Generous Banking Family Fun Day. As well as the Jets taking on the top of the table Mounties in the VB NSW Cup at 3pm there will be FREE activities for the kids such as face painting, jumping castles, pass the ball, colouring in & paper plane competitions. Our very own Jet Man will be there along with SCU’s Syd The Pig and the Cronulla Sharks’ mascot. For just $1 you can get your nails painted and a chocolate crackle. Sydney Uni RLFC are also playing NSW Tertiary RL games from 11.15am. Entry for kids under 16 is free. So for a jam packed day for the whole family get along to Henson Park, Centennial Street, Marrickville this Saturday!!!!