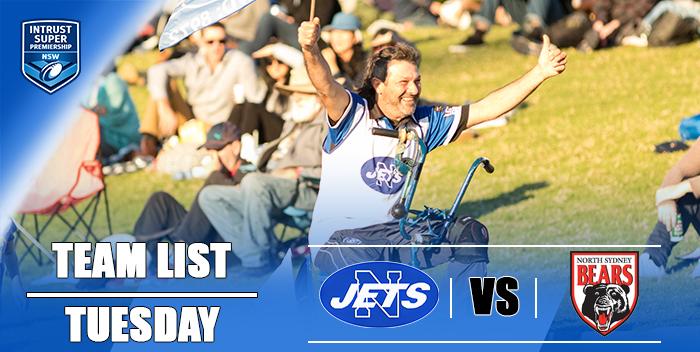 The Newtown Jets’ final home game at Henson Park for 2017 is on this Saturday 26th August when they take on fellow foundation club North Sydney Bears in the Intrust Super Premiership NSW (3pm kick off). The game will decide the winner of the Frank Hyde Shield for 2017 with the Jets winning the first leg 16-12 earlier this season. This is also the club’s Annual Reunion Day, an event that has developed into a much anticipated and fun-filled inner western Sydney community occasion, so bring all your family members and friends along.

There will be plenty of fun for the kids on the DEICORP Family Hill featuring jumping castles, face painting, pass the ball, Ice Cream Joe’s Mr Whippy & Barista along with JET MAN & North Sydney’s Barney the Bear.

The Jets invites members, supporters and friends to stay back at Henson Park after fulltime on Saturday. The bars will remain open and you can enjoy the Jets Happy Hour (with discounted drinks prices), meet the 2017 Jets players and coaching staff, and share classic memories with former Newtown players and identities who will all be there.