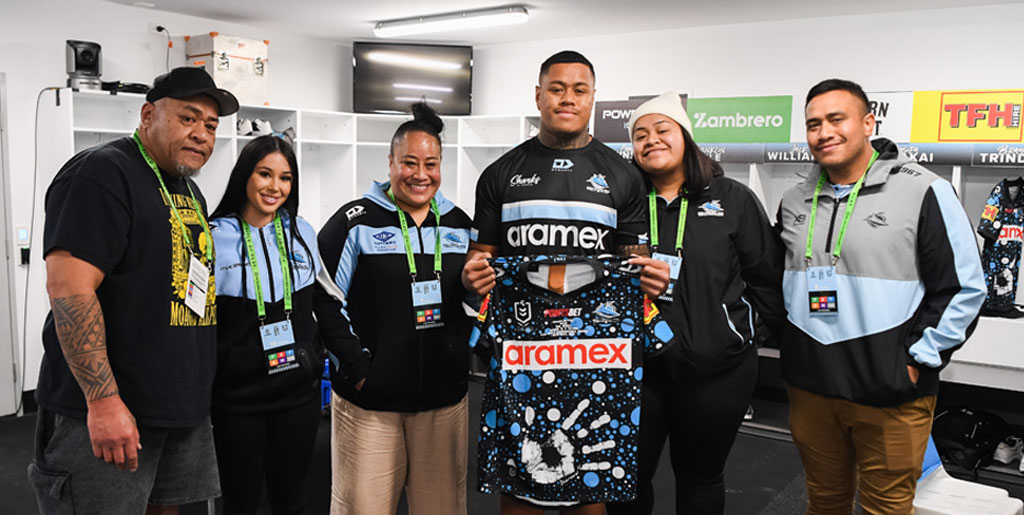 Franklin Pele captured the imagination of Newtown fans with his prodigious form in the Jets win against St George-Illawarra on the 22nd May. He’s pictured here with his family on the occasion of his NRL debut with the Cronulla Sharks and their big win over the Gold Coast Titans last Sunday. Photo: Cronulla Sharks RLFC.

The Newtown Jets (6th place, 13 points) and the Canberra Raiders (8th place, 12 points) meet in Round 13 of the NSWRL Knock-On Effect NSW Cup at Henson Park this Saturday afternoon.

The two teams (as named on Tuesday afternoon) are:

Here are short clips of two of the best tries you’re likely to see at Henson Park this year:

Franklin Pele against St George-Illawarra on the 22nd May:

And Nene Macdonald on the same day:

The Newtown RLFC regrets to announce the passing of Dave Barsley, who played first grade with Newtown as a fullback and winger from 1969 to 1971. He had previously played with Western Suburbs from 1959 to 1968, with the exception of 1964 when he had a season in the country and represented NSW Country Firsts. The Newtown RLFC extends sincere condolences to Dave’s family.