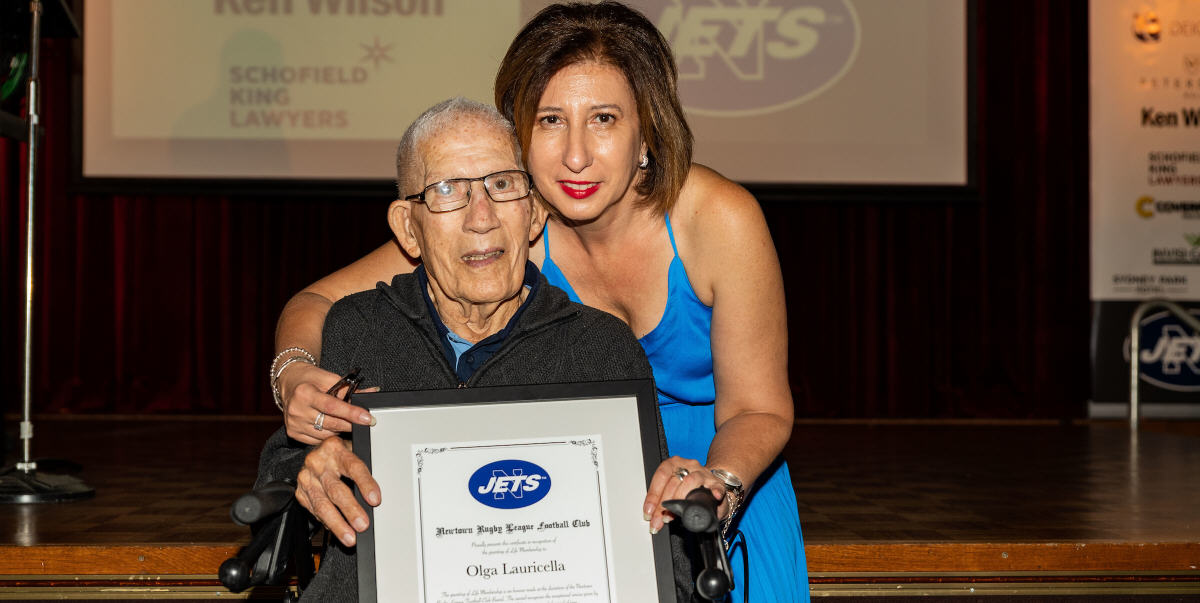 Newtown Jets administrative and operational executive Olga Lauricella has been named as the first female Life Member in the 112-year history of the Newtown RLFC.

She received the award at the 2020 Newtown Jets season launch at the Petersham RSL Club on the evening of Tuesday, 3rd March. A big crowd was in attendance at the function, along with members of her family (including her remarkable 94 year-old father Joseph Lauricella), along with several of her closest friends. Olga was given a prolonged standing ovation as she made her way to the stage to receive her award.

Her history-making award and her outstanding personal attributes were variously described as: “Tonight’s recipient has surpassed the life membership requirements of the Newtown RLFC with flying colours”; “she has come to be greatly loved and admired by the entire Newtown Jets community over the past eleven years”; “her award smashes an anachronistic glass ceiling that should never have existed”; and “Olga performs a multi-faceted administrative and operational role that has expanded over the years and she is indispensable to the efficient functioning of the Newtown RLFC.”

Congratulations Olga on your well-deserved award, and many thanks for the exceptional role you continue to perform (with singular competence and distinction) for the Newtown RLFC.

Details of Newtown’s opening round in the 2020 Canterbury Cup NSW competition:

NSWRL Canterbury Cup NSW – Round One