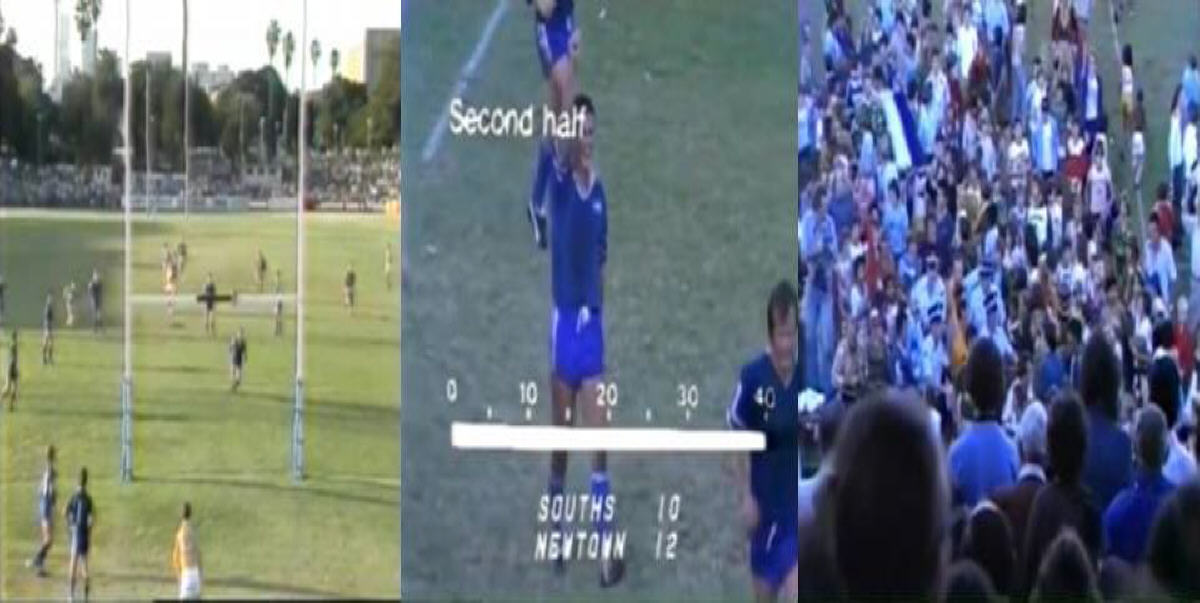 On Saturday 26th April 1980, Ward had to leave Redfern Oval with a police escort after his controversial handling of Newtown’s 12-10 win over South Sydney left the red and green faithful baying for his blood.

However, according to the Canberra Times, the man with the whistle didn’t escape the ground completely unscathed with one “youth” having “registered his disapproval with a kick to Ward’s behind.” The Sun-Herald reported that Tommy Raudonikis’s mother, Margaret was spat at in a separate incident after the match.

It was a sour ending to an epic encounter, which had seen Newtown cult hero & Man of the Match Ken Wilson kick six goals from six attempts to guide the Jets to victory after Souths had taken an early 8-4 lead.

The incident that had earned the ire of the Souths fans occurred 11 minutes from fulltime. With the Jets clinging to a 10-8 lead, the Rabbitohs received a penalty in front of the posts. First choice kicker Grant Jones was having an off day with the boot having managed just one goal from three attempts, so replacement Wayne McPherson was given the responsibility of taking the potentially match-levelling kick.

McPherson’s attempt had the distance but it ricocheted off the inside of the right hand upright and the two touch judges were in disagreement as to whether the ball had cleared the cross bar. One raised his flag and the other waved the kick way. As per the rules in that situation, Ward was required to make the final call and ruled ‘no goal’ but subsequent video replays showed the the goal should have be awarded.

That wasn’t the end of Souths’ woes. After his side had levelled the scores in the 77th minute of play via a penalty goal, Jones was caught in an offside position close to his line. This allowed Wilson to seal the verdict for Newtown right on the stroke of full time.

Souths were livid with the result having scored two tries to Newtown’s nil and vowed to take their protests to the top.

“We are protesting to the League over the referee’s incompetence and particularly against the no-goal ruling when Newtown led 10-8,” Rabbitohs secretary Terry Parker told the Sydney Morning Herald.

“That is without doubt the worst exhibition of refereeing I have seen,” added Souths legend John O’Neill.

“I like a win as much as the next bloke but the win today didn’t rate too highly with me,” Ryan said.

“Souths were hard, very hard and played the better football.”

For the record, Souths’ appeal to the League for the game replayed was dismissed, but the game continues to live long in the memory of those who were at Redfern Oval on that particular autumn afternoon almost 39-years-ago.