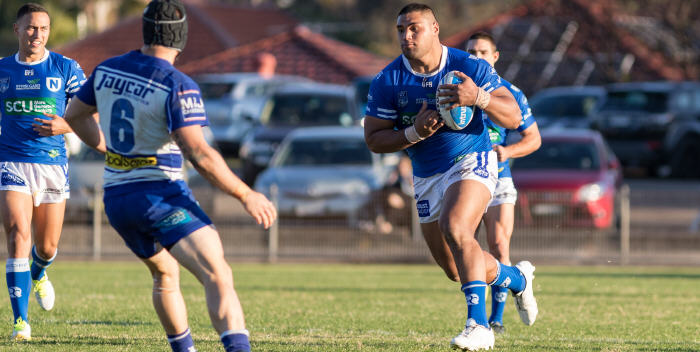 Popular Newtown Jets front-rower Saulala Houma will play his 100th game for the club next Saturday. The Jets had a bye in the NSWRL Intrust Super Premiership NSW this past weekend, and they are drawn to play the Newcastle Knights at Cessnock Sports Ground next Saturday, 10th June at 3.00pm. This 14th Round ISP NSW match shapes up as one of tremendous importance to both clubs with respect to their finals aspirations.

Saulala Houma joined the Jets in 2012 after having played for the Mt Albert club in the Auckland Rugby League, and with the Auckland Vulcans in the NSW Cup competition. Saulala has also had one season as a contracted player with the Cronulla Sharks NRL squad and he was a prominent member of Newtown’s 2012 NSW Cup premiership-winning team.

The big fellow normally weighs in at about 120 kg and can be a devastating runner with the ball. His powerhouse surges in the opposition’s twenty-metre zone are a sight to behold, and the Newtown club wishes Saulala well for his 100th game and for his future.