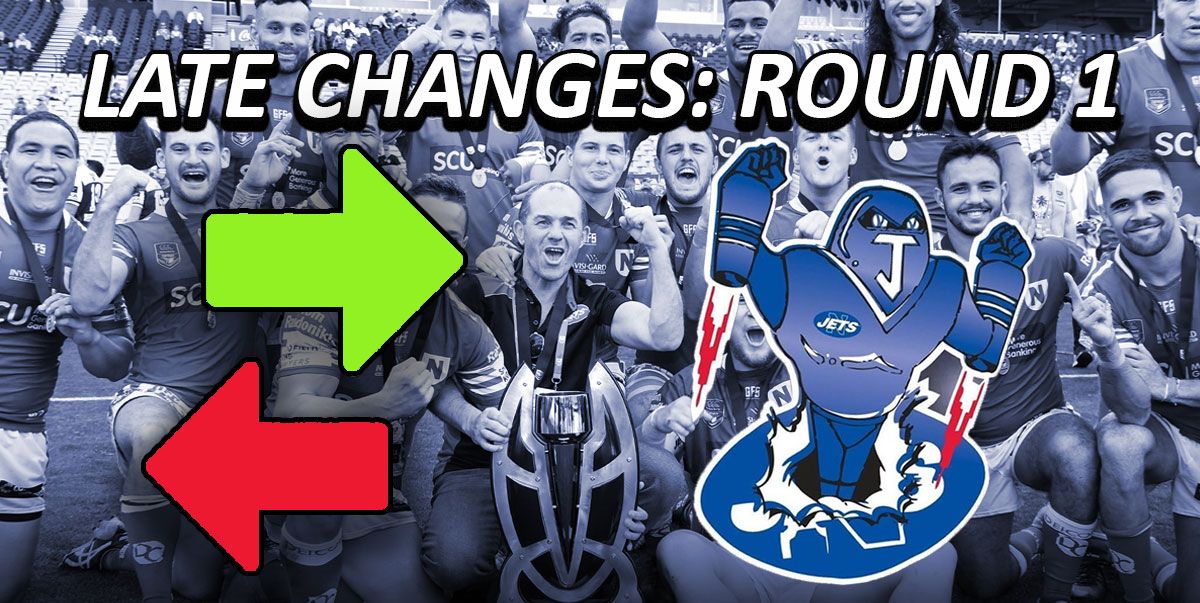 The Australian Mutual Bank Newtown Jets have made a number of changes to their team line up ahead of our round 1 one match against the Canberra Raiders at Henson Park.

Jonaiah Lualua has been replaced on the wing by Samuel Stonestreet, Luke Metcalf has replaced Angus Ernst on the wing, while Jesse Colquhoun has been added to the bench at the expense of  Jonah Ngaronoa who is now a concussion sub.