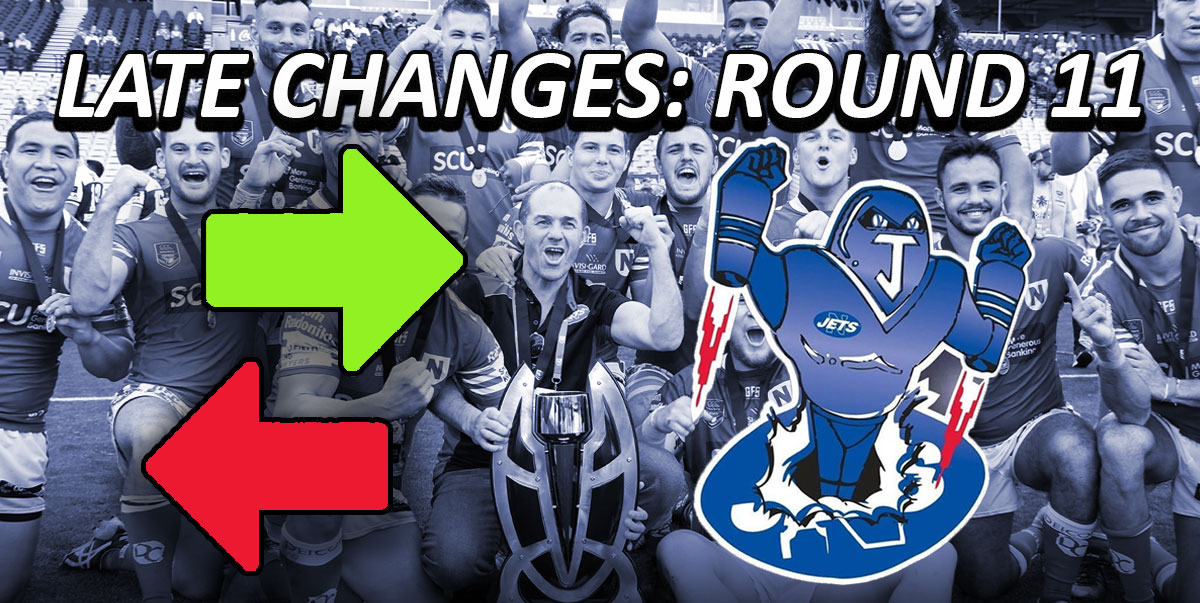 Newtown Jets coach Greg Matterson has named his final team for this afternoon’s clash with the St George Illawarra Dragons.

Jack A.Williams has been withdrawn through injury and is replaced by Manaia Rudolph at halfback. Billy Magoulias has been named at lock, with Brock Gray dropping to the bench. Zac Woolford will start at hooker in place of Kyle Patterson who also joins the interchange bench.

Kick-off is at 3pm