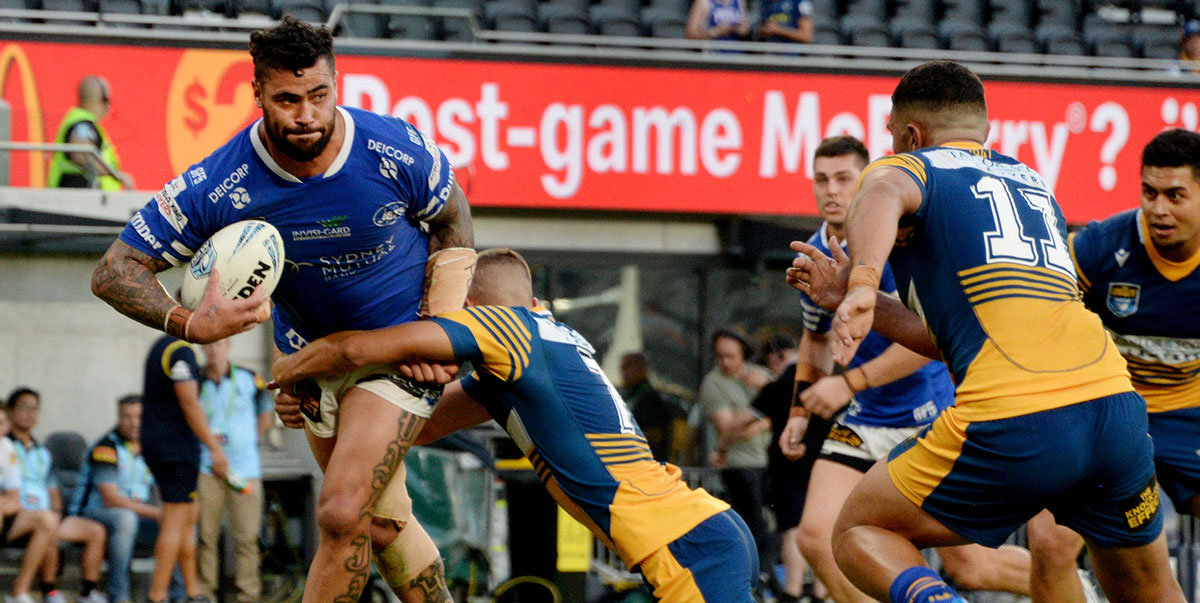 In what was the first meeting of these two clubs in a NSW Cup-level rugby league match in 14 years, the Newtown Jets lost to Parramatta 22-20 in the Knock-On Effect NSW Cup round three fixture played at Bankwest Stadium on Saturday evening.

The Jets turned in a lethargic and poorly-executed first half performance, and they were lucky to be trailing by only 10-0 at half-time.

Newtown rarely effectively challenged the Eels at their end of the field in the first half, and lost the ball on several occasions when they had good field position.

Coach Greg Matterson said it was a disappointing showing and his team had failed to build up any pressure on their opponents in the first half.

There had been some poor defensive reads in the first forty minutes and the situation worsened early in the second half, when the Eels raced in for two converted tries in rapid succession to increase their lead to 22-0 after 47 minutes.

Parramatta had registered a high completion rate in the first half and by full-time had run up the amazing overall figure of 97 per cent.

Despite some fears amongst Jets observers of the game degenerating into a rout, there was a much-improved performance by Newtown in the final thirty minutes. The Jets outscored Parramatta by 20-12 in the second half but couldn’t quite overhaul the points deficit.

The second half fightback featured two tries to backrower Bronson Garlick, and one each to second-rower Brock Gray and halfback Braydon Trindall.

Trindall, well-remembered by Jets supporters from the heroics of the 2019 season, nearly pulled off a draw in the last ninety seconds with a well-struck drop-goal attempt from more than forty metres out. Had this kick been successful, it would have been Newtown’s first two-point field goal in more than fifty years!

Newtown had its share of injuries in this game, which combined with the Cronulla Sharks NRL injury toll will lead to some applied thinking by the two coaches with respect to the fourth round team selections.

The Newtown Jets play away to the Canberra Raiders on Saturday, 3rd April at Belconnen Oval (Canberra) at 4.00pm.