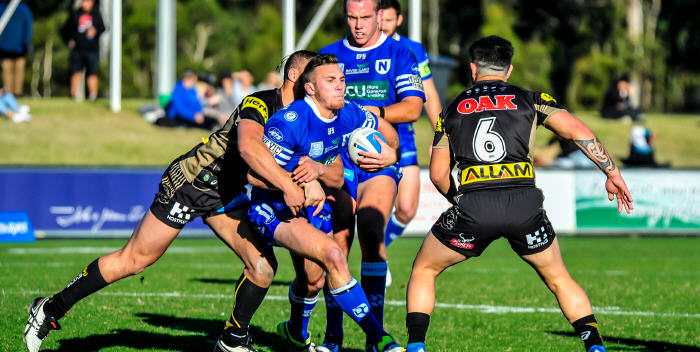 See the Jets take on the Illawarra Cutters under the lights at Henson Park on Friday, 1st July at 7.00pm

The Jets return to Henson Park for a night-time competition match for the first time in ten years, and they face up to another ISP NSW team that has been in good recent form.

The Illawarra Cutters have won their last four games and are now in third place on the ISP NSW competition table. The Newtown Jets are in fourth place and need to put last Saturday’s train-wreck against Penrith well behind them.

Newtown’s team for Friday night is:

The Illawarra Cutters named this team:

Jordan Drew returns from injury for Newtown and Matt McIlwrick has been ruled fit after being injured in last week’s Jets-Panthers match. Fa’amanu Brown returns from NRL duties with the Cronulla Sharks. Leon Tupuola from the Cronulla Sharks Holden Cup squad makes his senior Rugby League debut with the Jets. Leon was previously with the Canberra Raiders and Griffith Waratahs in Group 20. Henson Park favourite Saulala Houma made his return with Newtown last week and along with his brother Malakai Houma, the two siblings present a truly formidable duo. Kurt Capewell and Josh Cleeland were both injured last Saturday, but we are assured by the Cronulla Sharks medical staff that both of these multi-talented former Ipswich Jets players will only miss one game. Kenny Niko was also injured last Saturday and is unavailable this week. Jacob Gagan and Junior Roqica remain on the injured list.

The Jets-Cutters match this Friday night is being broadcast live on Steele Sports, www.steelesports.com.au from 7.00pm onwards.

Here is the ISP NSW competition table after the completion of 16 rounds:  http://www.nswrl.com.au/intrust-super-premiership-nsw/ladder1.html

And here are the highlights from the 16th round of the ISP NSW:  http://www.nswrl.com.au/news/2016/06/28/highlights_intrust_s.html

There is a quality article on the Newtown RLFC on page 14 of the July issue of The Monthly Magazine, written by the Walkley-nominated writer and journalist Alex McKinnon. In your newsagents now.

Congratulations to the legendary Mad Butcher, Sir Peter Leitch, on being made a Life Member of the New Zealand Rugby Football League. Peter is a great friend of the Newtown RLFC and he always extends hospitality to Newtown Jets team officials when they visit Mt Smart Stadium for New Zealand Warriors-Newtown Jets games.

There are at least nine members of the 2016 Newtown Jets ISP NSW squad (including both Newtown Jets-contracted and Cronulla Sharks-contracted players) who were born in New Zealand and who began their Rugby League careers in Aotearoa. If you can name any four of these players and you are the first person to reply correctly on jets@newtownjets.com, you will win an item of quality Newtown Jets merchandise.