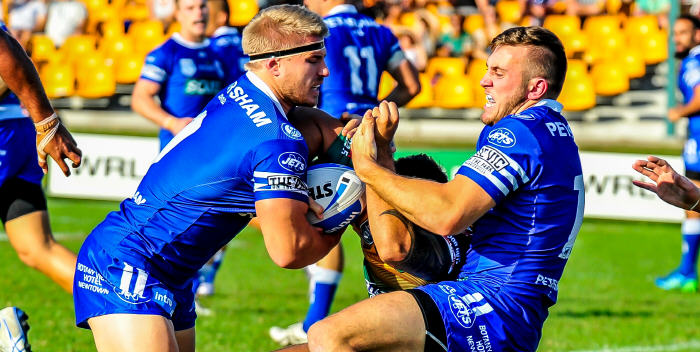 South of the border, down Henson Park way ….

Venerable old Henson Park, an Anglo-Celtic stronghold for much of the 20th Century, will take on a strong Latin American flavour this Saturday, 11th June.

Rugby League history will be made when Columbia plays Ecuador in Sevens matches followed by Uruguay and Peru in Nines matches from 11.15am. Chile and El Salvador will meet at 12.50pm in a full-length Rugby League international encounter. There will be ambassadors or consular representatives from several Latin American nations in attendance, as well as a Chilean dance group performing and a Central American and South American food stall. There will also be rides and entertainment for the children right throughout the afternoon.

As a supporter of Latin Heat Rugby League, we’d like to direct your attention to a quite stirring, thought-provoking video already shared by the National Rugby League which tells the tough background of some of their players and how Rugby League has made a real difference to people’s lives.

In the Intrust Super Premiership NSW main game at 3.00pm, Newtown is at home to Wentworthville, the feeder club to the Parramatta Eels. This Round 14 ISP NSW match presents as a real danger to the home team, with the Jets coming off a three-week break as a result of last weekend’s cancelled matches.

Last Saturday’s postponed game against the Illawarra Cutters is likely to be played on the weekend of the 1st/2nd/3rd July. The revised match details will be made known as soon as the NSW Rugby League announces the rescheduling of last weekend’s postponed matches.