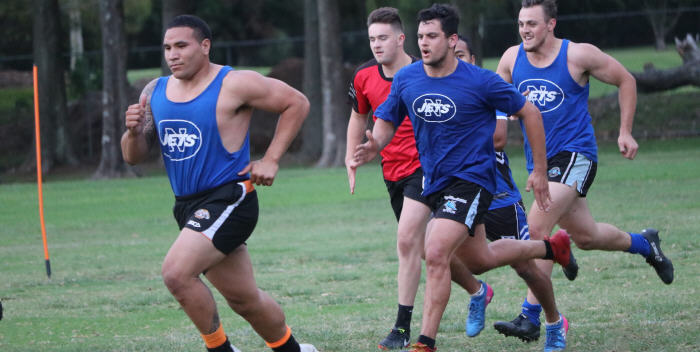 The Jets aim to finish higher in 2018

The Newtown Jets acknowledged their 110th birthday on Monday, 8th January, and then “celebrated” with a tough pre-season training session. Newtown’s club birthday fell on the same day that the Jets resumed their pre-season program after a short break for Xmas and New Year. The Newtown RLFC had been officially established on the evening of the 8th January 1908 at the Newtown Town Hall.

Jets club director and long-time financial benefactor Terry Rowney said the Jets were aiming at a much improved season in 2018. He said, “2017 was a disappointing season by our standards, but we have several young players who will benefit greatly from their debut season in senior rugby league last year”.

Mr Rowney added, “We have a marvellous group of supporters who make Newtown the best supported club in the Intrust Super Premiership competition. We’re determined to finish much higher up the premiership table this year”.

The Jets play their first trial match against Blacktown Workers Sea Eagles (Manly-Warringah’s partnership club) at Wentworth Park (Glebe) on Sunday, 11th February at 5.00pm. This will be Newtown’s first appearance at historic Wentworth Park in 91 years. Newtown has formed a partnership with the Glebe-Burwood RLFC which plays in the NSWRL Ron Massey Cup competition.