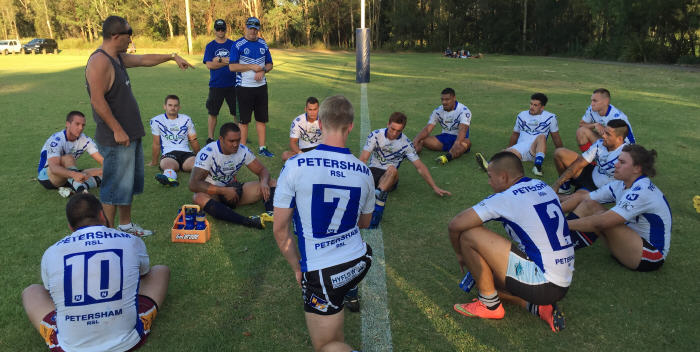 The Jets extend good wishes to you all for the Festive Season …. and then we’ll hit the ground running for 2016

The Jets resume training on the 4th January, and the greatest New Year gesture you could make to this old club would be to take out a 2016 Newtown Jets membership package. There are deals to suit differing budgets and personal circumstances. Check out the wide range of 2016 membership packages that are now available and then make your choice: http://www.newtownjets.com/jets-membership-2016/

The Newtown RLFC Board of Directors has released the following statement concerning the proposed second-tier competition restructuring put forward by the NRL’s Head of Strategy, Mr Shane Richardson:

Statement from the Newtown RLFC Board of Directors:

Newtown RLFC Director Terry Rowney and General Manager Stuart McCarthy attended the NSWRL pathways working group meeting held at Homebush with Mr Shane Richardson (NRL Head of Strategy) on Thursday, 17th December 2015. Arising from the proceedings of that meeting, the Newtown RLFC welcomes an increased focus on pathways at junior and senior level, particularly the proposed commitment to Centres of Excellence in country areas. However, we confirm our opposition to the specific Platinum League structure proposed by Mr Richardson. We acknowledge the proposal is still a work in progress and that nothing has been agreed upon with the Australian Rugby League Commission. The consultative process regarding the current NSW Cup competition is ongoing, with input from the NSWRL, the NSW Cup clubs and the Country Rugby League. We welcome the opportunity to be a part of that process. The Newtown RLFC agrees with the North Sydney club’s assertion that the NSWRL has an primary role to play in the composition of any future second-tier competition To that end, we welcome the NSWRL’s recent comments that “Mr Richardson has indicated that the second-tier competition is to remain a state-based NSW competition in the future, and that he also indicated that the future participants and any possible expansion of this competition would be decided by the NSWRL.” The Newtown RLFC also notes the staunch advocacy taken at last Thursday’s meeting by the CEO of the NSWRL, Mr David Trodden, in protecting the interests of the current NSW Cup clubs and the integrity of the NSW Cup competition. We also thank those other NSW Cup clubs who openly acknowledged at Thursday’s meeting the important role played by the Newtown and North Sydney clubs, and their right to remain as participants in the any second-tier competition.

The NSW Rugby League also issued a statement following the meeting held with Shane Richardson on the 17th December:

Following on from the pathways working group meeting yesterday with Shane Richardson, below is a statement sent out on behalf of the board of the NSWRL. “The NSWRL Board today resolved that, through consultation with its member clubs, it would be prepared to re-establish and administer a State Under 20s competition once the NYC competition ceases to operate. The decision followed a report to the Board from the Chairman of the Football Pathways Committee of the NSWRL, Bob Millward, about the committee’s meeting yesterday with NRL Head of Game Strategy and Development Shane Richardson to discuss his strategy for pathways and second tier rugby league and in particular, the NSW State Cup. The NSWRL and the committee, consisting of member clubs and the Country Rugby League, were greatly comforted by Richardson’s preference that the second-tier competition would remain a state-based competition in the future and also his indication that the future make-up and any possible expansion of the competition would be decided by the NSWRL. The committee will meet again with Richardson in February 2016 to discuss the NSWRL’s plans for all of its competitions including the State Cup, SG Ball Cup, Harold Matthews Cup the new state-based under 20s competition. They will also discuss future participation strategies.”

And our fellow 1908 foundation club the North Sydney Bears issued this statement on the 18th December:
MEDIA RELEASE – NORTH SYDNEY BEARS TO FEATURE IN NSWRL FUTURE
In response to the NRL’s whole of game blueprint to revamp 2nd tier Rugby League, the North Sydney Bears have reaffirmed their position against the proposed new format as it stands. The NRL’s new Head of Strategy, Mr Shane Richardson, recently unveiled a draft proposal to put before the ARL Commission. Part of the proposal was to “determine the optimal location of teams in NSW”, which detailed demographic analysis provided around a common framework. These teams would take part in a new competition, the “Platinum League”. Having heard further detail around the proposal yesterday, presented by Shane Richardson, North Sydney Bears General Manager Greg Florimo commented; “The proposal is still a work in progress. Nothing has been agreed upon and the consultative process is still undergoing. There is an expectation that the final draft will be presented to the ARLC Commission early next year, following input from the NSWRL and the CRL. By no means would the NSDRLFC agree to the proposal as it currently stands. Ultimately the competition is a NSWRL competition, governed by the NSWRL and the decision on participants rest with the NSWRL. Clubs like North Sydney and Newtown are integral to the success of the competition and are here to stay. The ultimate goal is to establish the ideal 2nd tier competition, which is attractive to the broadcasters and sponsors, is a legitimate pathway to the NRL and provides sustainability to the clubs.”

Report on the pre-season trial match played at the Cabramatta Rugby League grounds on Thursday evening, 17th December 2015:
The Newtown Jets played a trial match against the Cabramatta RLFC at the Cabramatta club’s grounds last Thursday. The match was controlled by a NSWRL referee and was played over two 25-minute sessions. The Newtown team did not include a number of pre-season squad members who have either already been contracted by the club, or who coach Greg Matterson has seen play on previous occasions.

The match was played in a strong competitive spirit. Coach Greg Matterson said that this shortened trial provided an excellent opportunity to have a closer look at some of the younger and less experienced pre-season squad members in match conditions. The match ended in a 16-all draw (4 tries each). The Cabramatta RLFC turned on a well-provisioned barbecue and soft drinks after the game and the Newtown RLFC thanked their officials for their hospitality and for providing the trial match opportunity.

The Newtown Jets and Cronulla-Sutherland Sharks move into the second year of their Rugby League partnership in 2016:

The NSWRL VB NSW Cup draw for 2016 has been released:
Please note that Newtown now plays Canterbury-Bankstown at home at Henson Park in round one on Saturday, 5th March 2015 at 3.00pm.
NSWRL VB NSW Cup Draw: http://bit.ly/1OmzFbs