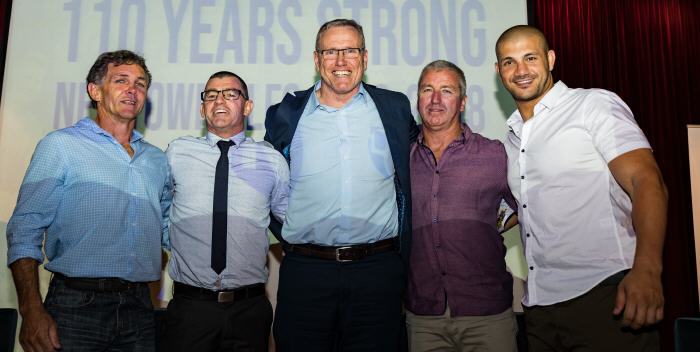 Newtown’s 2018 ISP NSW campaign begins this Saturday when the boys in royal blue travel to the northern end of the Central Coast for their opening competition round against Wyong Roos.

Newtown’s team for this first competition round is:

Fullback: Will Kennedy (ex-Cronulla Sharks Under 20’s. He is the son of former Balmain and NSW Country Rugby League centre William “Bubba” Kennedy).

Wingers: Matt Evans (Ex-South Sydney and North Sydney; has been with Newtown since 2014); Edrick Lee (ex-Canberra Raiders; has represented Queensland in State of Origin Under 20’s; current member of the Cronulla Sharks NRL squad. He has played more than 70 NRL games)

Lock: Jack Williams (Product of Cooma RLFC; ex-Canberra Raiders under 20’s and was the Raiders NYC player of the year in 2016; current member of Cronulla Sharks NRL squad; member of the ISP NSW 2017 rep team)

Malakai Houma (Product of Mt Albert RLFC, NZ; ex-New Zealand Warriors Under 20’s; Newtown NSW Cup squad in 2016; member of Cronulla Sharks NRL squad in 2017 but suffered a season-ending injury; has come back very strongly in 2018. In 2016 Malakai and his older brother Saulala made history as the first siblings to pack down together in the front row in the same game for the Newtown Jets)

Coach: Greg Matterson, who is beginning his 11th season as head coach of the Newtown RLFC.

Wyong’s team for Saturday is:

Last Tuesday night’s 2018 Jets season launch at the Petersham RSL Club was an outstanding success. Highlight of the night was the emotional farewell made to Barry Vining, who has stepped down after an extraordinary 32 years as President of the Newtown RLFC. Terry Rowney, who has served on the Newtown RLFC Board with Barry since the early 1980’s, made a heartfelt speech outlining the many trials and tribulations they dealt with in the past 36 years. Club legend Colin Murphy received a great welcome from the crowd and Phil Gould was in top form in his interview with Graeme Hughes.