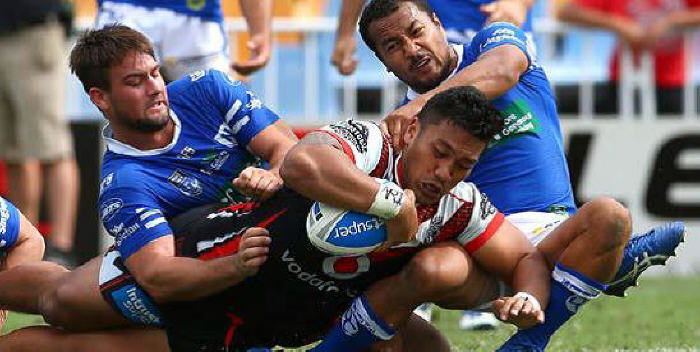 The Jets need to get their 2017 season back on the road when they take on the Panthers on Sunday.

How the NSWRL has previewed all the Round 7 ISP NSW matches:  http://www.nswrl.com.au/news/2017/04/13/previews_intrust_sup.html

As of 3.30pm, Thursday, 13th April there has been no advice received as to whether Sunday’s match is being broadcast live. Please monitor the Newtown RLFC Twitter and Facebook sites for any further updates.

Former Newtown Jets players spotted at Mt Smart Stadium last Sunday included Shontayne Hape and Jerry Seu Seu who both played for Newtown back in 2000. That was the season when Newtown and the Auckland Warriors formed a ground-breaking partnership between a NRL club and a club playing in what was then the NSWRL First Division competition. Both Shontayne and Jerry spoke with great affection for the Newtown club on Sunday and they sent their good wishes. Shontayne Hape has a rather unique place in sporting history – he is the only person on Earth to have played with both the Newtown RLFC (Australia’s oldest Rugby League club) and for England in Rugby Union!