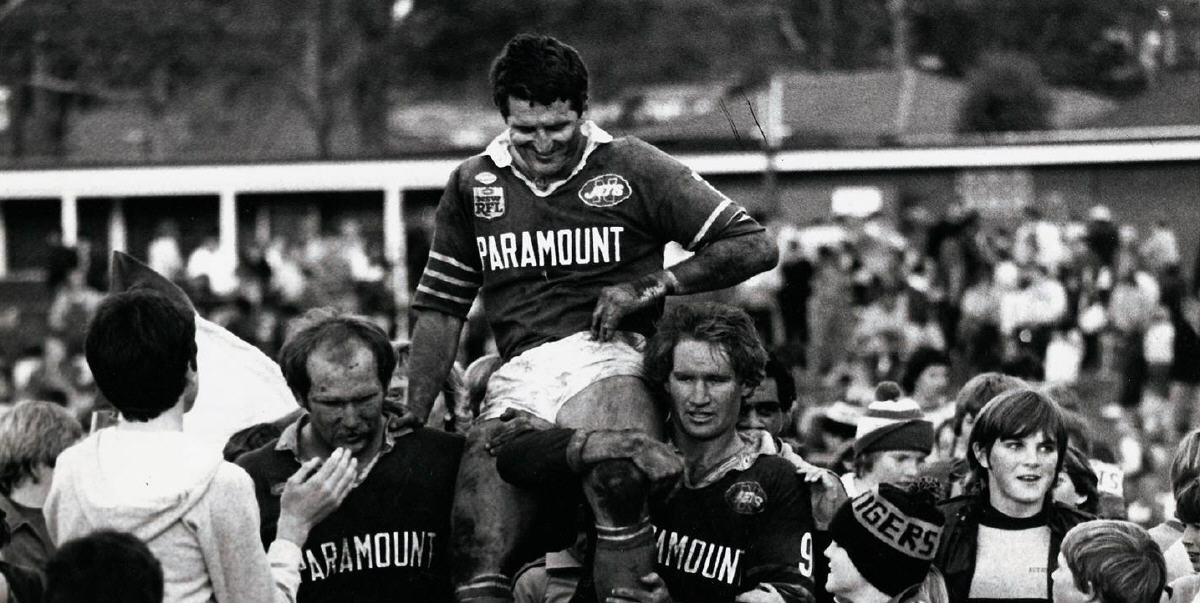 Ken Wilson is chaired off by Geoff Coburn and Mal Graham after the Jets final match in 1983.

Ken was a product of the Marrickville De La Salle College and the Addison Royals junior rugby league club.

He is best remembered by the wider rugby league community for kicking the field goal in Newtown’s 1-0 victory over St George at the SCG in 1973. He captained Newtown in the 0-0 draw with Canterbury-Bankstown at Henson Park in 1982.

Ken might not have gained any representative selection honours, but he is most certainly one of the most significant players in the Newtown club’s 115-year history.

He was a masterful kicker of the football, a skilled ball-player and a shrewd on-field tactician. He had played at fullback and on the wing in his early seasons, but his best football and most distinguished on-field performances were as a five-eighth and halfback in his latter seasons at Henson Park.

The master coach Warren Ryan in recent years described Ken Wilson as being “the smartest rugby league footballer I ever coached”.

Ken was 71 years old. The Newtown RLFC extends sincere condolences to his wife Christine, his children and grandchildren and other family members.