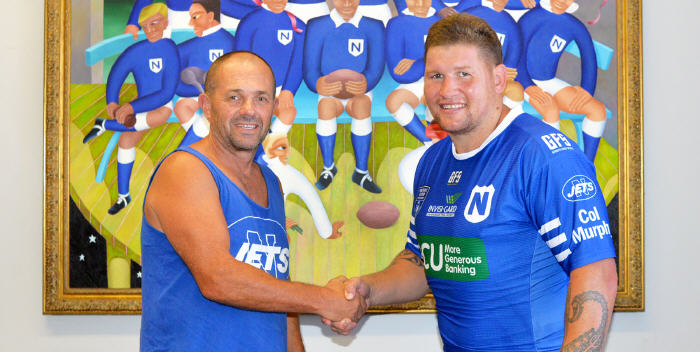 The Newtown Jets make a major signing for 2019

The Newtown Rugby League Football Club is pleased to announce that Greg Eastwood has signed with the Jets for the 2019 season.

Greg is a very experienced prop, second-rower and lock who has previously played with the Brisbane Broncos, Canterbury Bulldogs and Leeds Rhinos. In all he has played 263 NRL matches between 2005 and 2018, including NRL grand finals in 2012 and 2014. He has also played 21 Super League matches with Leeds.

He has also had a highly successful international rugby league career with the New Zealand Kiwis, playing 28 internationals between 2007 and 2016, including  a World Cup victory in 2008 and Four Nations tournament triumphs in 2010 and 2014.

Eastwood was a key player in Canterbury’s narrow 18-12 win over Newtown in the 2018 Intrust Super Premiership NSW grand final, after which he played for the Bulldogs in their 2018 NRL State Championship 42-18 victory against Redcliffe.

Newtown Jets Director and long-term financial benefactor Terry Rowney says that Eastwood’s signing will be of enormous benefit to Newtown’s young playing group. Mr Rowney added that Greg’s big match experience, leadership qualities and personable manner will bring out the best of Newtown’s squad, many of whom are players not long out of the Jersey Flegg (under 20s) ranks.