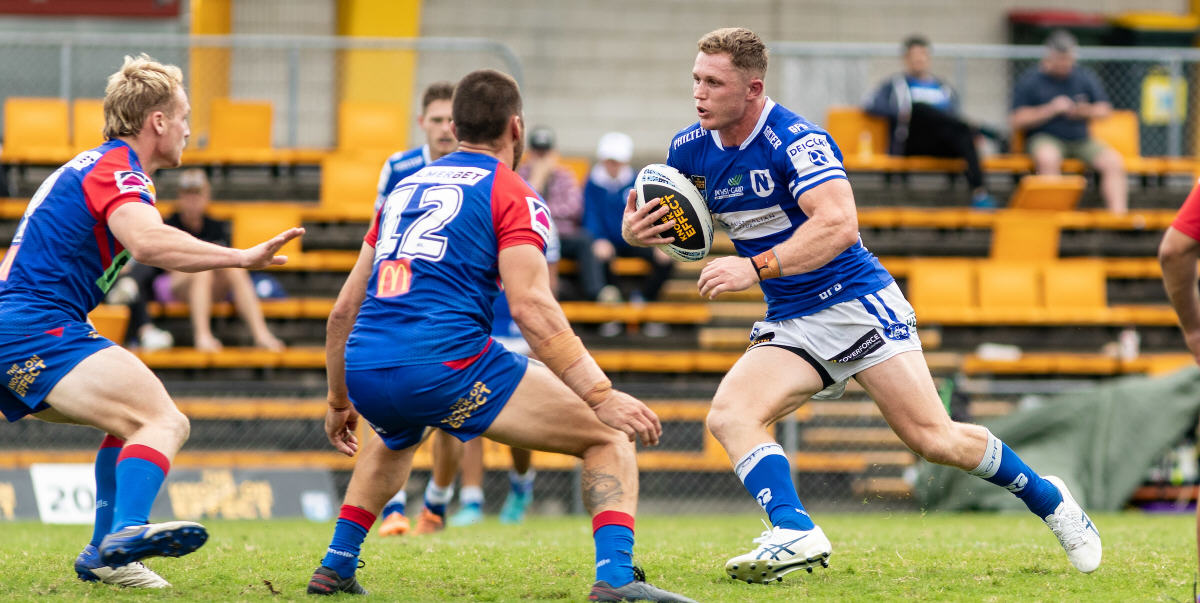 The Newtown Jets remain undefeated … but only just

Newtown made it four wins in a row when the Jets defeated the Newcastle Knights 18-16, in the fourth round Knock-On Effect NSW Cup match played at Leichhardt Oval on Saturday.

The Jets supporters who turned up at Leichhardt Oval might have been hoping for a similar performance to Newtown’s emphatic win on the previous Saturday, but this Newcastle Knights team came determined to make a real contest of this match.

The Jets were somewhat lucky to take a 12-10 lead into the half-time break, after they had turned in a sub-standard completion rate and had looked disjointed in attack for much of the opening forty minutes.

Newtown’s try-scorers in the first half were centre Mawene Hiroti and back-rower Reubenn Rennie, with ace five-eighth Luke Metcalf converting both tries.

Newtown increased their lead to 16-10 in the 49th minute when powerhouse prop Franklin Pele crashed over to score after some slick dummy-half play by hooker Zac Woolford. Metcalf’s conversion pushed the Jets’ lead out to 18-10.

Both sides made errors in the second half but there was no lack of excitement with plenty of end to end football and strong defence by both sides.

The Knights narrowed Newtown’s lead to 18-16 when they scored a converted try just six minutes from full-time, and only resolute defence by the Jets maintained this fragile two-point lead in the nerve-wracking final minutes.

Hooker Zac Woolford was very efficient at dummy-half and in midfield defence.

Outside backs Kayal Iro and Jonaiah Lualua did plenty of valuable midfield work to assist the forwards in the second half.

Coach Greg Matterson described the result as “having done well to sneak away with the two points after having a poor completion rate in both halves, and giving away penalties late in the tackle count on several occasions. “

Matterson added that the Jets had put themselves under great pressure through their untidy play, and they nearly paid the ultimate price late in the second half.

The Newtown Jets are back at Henson Park this Saturday, 9th April, when they take on old-time rivals Western Suburbs at 3.00pm. This coming Saturday will also see the first of this year’s two Beer, Footy and Food Festivals staged at Henson Park.