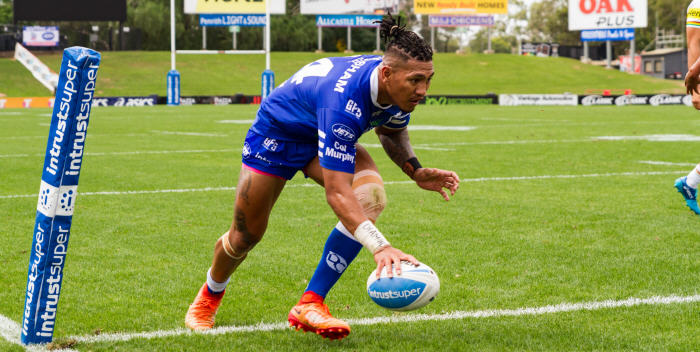 Greg has certainly given great service to the Newtown club, with his teams winning a premiership in 2012, making a grand final in 2008 and a preliminary final in 2016. The NSW Cup/ISP NSW teams he has coached have made the finals in seven out of ten years.

The Jets are coming off an exceptional 36-12 win against Penrith on Easter Saturday, while the Dragons had a big win over the Newcastle Knights last weekend. The man to watch for the Dragons is their experienced halfback Darren Nicholls – he is a very effective organising player and he has a good kicking game.

This Saturday’s game details are:

This match will be broadcast live on Steele Sports:  Listen live on www.steelesports.com.au from 2.30pm

Good luck to our Ron Massey Cup partnership club Glebe-Burwood, who take on Blacktown Workers in the Ron Massey opening competition round at HE Laybutt Field on Sunday, 8th April at 1.00pm. Of the 19 Glebe-Burwood players listed in Big League magazine for this Sunday’s game, 11 are Newtown Jets-registered players.

Jets hard-running back-rower Billy Magoulias made a good impression in last week’s win against Penrith and he was interviewed by Nick Jantzen from the NSWRL media team: https://www.nswrl.com.au/news/2018/04/04/billy-kid-not-ready-for-nrl/

Ball-playing second-rower Briton Nikora hails from the Bay of Plenty region in New Zealand and he was interviewed by Rob Willis, Media Manager for the Cronulla Sharks:   https://www.sharks.com.au/news/2017/12/10/young-guns—briton-nikora-/

Impressive young front-rower Daniel Vasquez is the first player of Chilean heritage to ever play for Newtown, and he was also interviewed by Rob Willis:  https://www.sharks.com.au/news/2017/12/29/young-guns—daniel-vasquez/