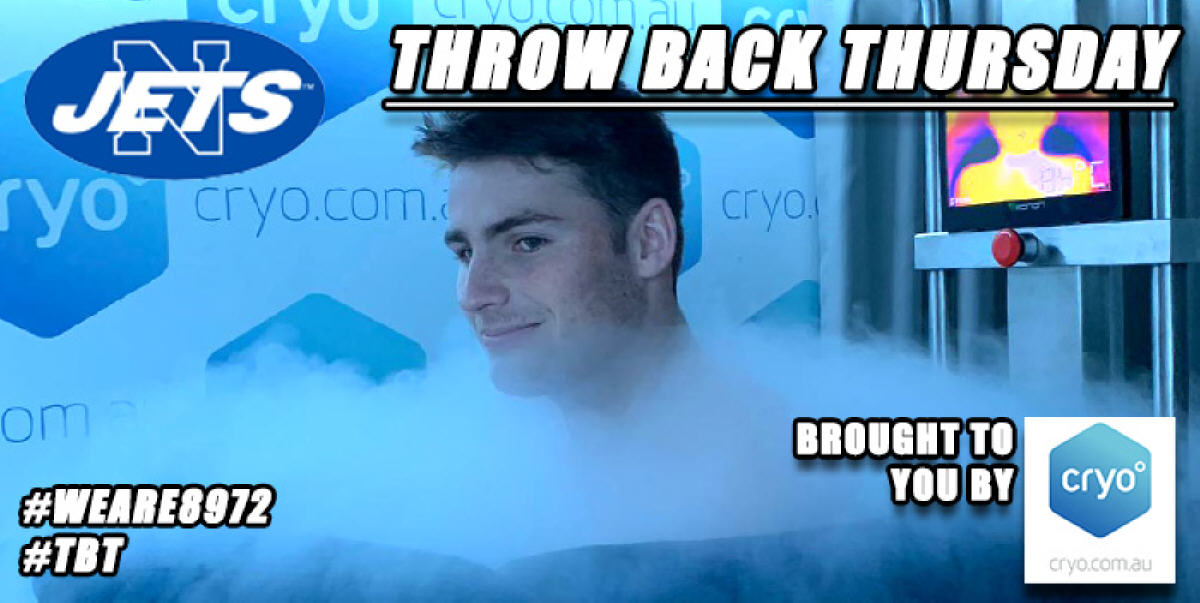 Each Thursday, during the season, thanks to CRYO Sydney, we step back in time to bring you a story from our rich history. In the lead up to our game v North Sydney, we’re going back to 1982 and a truly unique occurrence in first grade footy.

It’s a feat that has only occurred once in the premiership’s 111-year history and the mighty Bluebags were involved – although probably not in the way they would have liked.

In Round 18, 1982 the Jets were involved in a tight tussle with fellow foundation club, North Sydney at Bear Park. With seven minutes left on the clock and Norths holding a 12-11 advantage, North Sydney’s five-eighth Mitchell Cox attempted a drop goal. The goal was successful but in the process of taking the kick, Newtown halfback Ken Wilson had clattered into Cox knocking him over in the process.

No harm was done, but after conferring with a touch judge, referee Jack Danzey determined that Wilson’s contact on Cox had been illegal and thus set up a unique piece of rugby league history.

You see, according to rules of the game: “If a player fouls an opponent who is attempting a drop goal, a penalty kick shall be awarded in front of the goal posts.

“If the attempt at drop goal is successful, a kick at goal must be taken from the penalty kick.”

In other words, despite Cox’s kick being successful, Wilson’s indiscretion meant that the Bears were also awarded a penalty right in front. Hooker John Gray duly slotted the goal, giving North Sydney a 15-11 win and registering the first (and so far, ever) three-point drop goal ever seen in first-grade rugby league in Australia.

It was a disappointing afternoon all round for the Jets, who had trailed 7-2 early but fought back to lead 11-7 during the second stanza, thanks to a try from Steve Bowden and some radar-like kicking from Wilson.

However, a footballing masterclass from Cox during the later stages of the game ultimately proved vital. With 11 minutes remaining, the former Wallaby scored a fine individual try to put his side back in the lead before kicking his historic field goal.