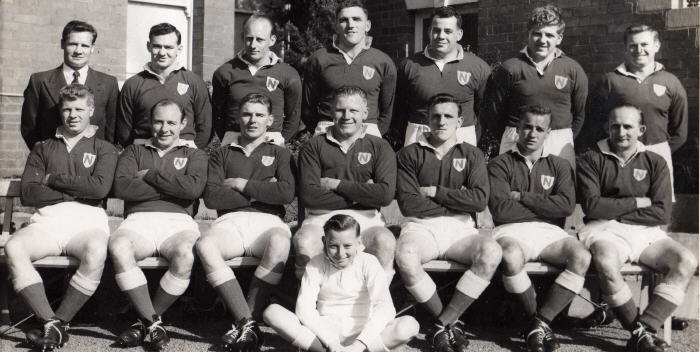 Frank Narvo joined Newtown in 1954 after playing for two seasons with St George. He stayed with Newtown until 1960 and was a tough and capable second-rower in Newtown’s two First Grade Grand Final appearances against South Sydney in 1954 and 1955. He made his own reputation in Rugby League, but he is also remembered as being the son of the great Herb Narvo, who was named in Newtown’s Team of the Century in 2008 and in Australia’s top 100 players between 1908 and 2007. Frank became a successful publican in Newcastle and was a popular figure at Newtown RLFC Reunion Days at Henson Park up until recently.

Reg Hatton was a Newtown junior who was originally graded as a halfback but soon found his niche on the wing. Reg played with Newtown from 1963 to 1968 and was regarded as one of the fastest men in Rugby League, in an era when there were other world-class fliers like Ken Irvine, Mike Cleary, Arch Brown, Dudley Towers and others. Reg had his fair share of success on the professional running circuit, and he transferred to Penrith for three seasons after playing with Newtown.