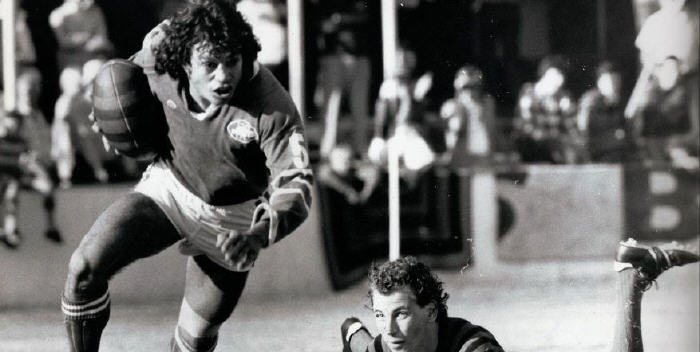 The Newtown RLFC regrets to announce the passing of former player Mark Wright on 11th September 2017.

Mark had been unwell for some time prior to his passing.

He is to be buried in Moree, his old home town and the resting place of his parents.

The Wright family would be most appreciative of any assistance from Mark’s former Newtown team-mates and Jets supporters with defraying the funeral and transport costs.

The Go Fund Me page for Mark Wright’s funeral is: gf.me/u/cucvmu

Mark was a product of the Moree RLFC in north-western NSW, and he was graded with the Newtown Jets in 1974. He possessed blistering speed and showed great promise in his debut season at Henson Park, scoring the winning try in Newtown’s 6-5 victory over Eastern Suburbs in the 1974 reserve grade grand final.

He played regular first grade as a centre and winger between 1975 and 1979. In 1975 he began the season in such mercurial form he won selection for City Seconds and then for NSW – all with only eight games of first grade experience. Mark went on to play 78 first grade games with Newtown and scored 34 tries, a remarkable strike rate in a team that was going through an extremely lean period.

Proof of his blinding pace came in 1977 when he won the rugby league footballers’ sprint race at the SCG, against a talented field that contained several noted fliers.

After leaving Newtown he played with Corrimal in the Illawarra district competition in 1980, and in that same year he was selected as captain of the NSW Country Firsts representative team.

The Newtown RLFC extends sincere condolences to his family members.

Then onto Moree Cemetery for Burial