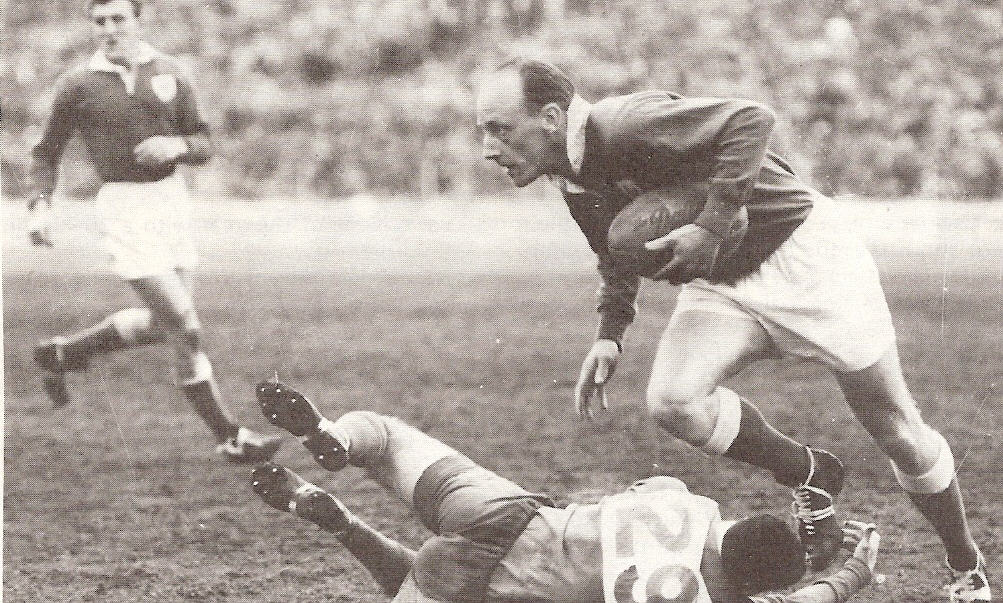 Newtown winger Ray Preston (with the ball) breaks clear in a match against South Sydney at the SCG in 1955. Newtown’s captain-coach Dick Poole is in the background. Photo: Supplied by Terry Williams.

The Newtown RLFC regrets to announce the recent passing of the former Newtown player Ray Preston.

Mr Preston was one of the most accomplished wingers in Newtown’s history.

He joined the club in 1949 and played with the Bluebags until 1956. In that time he played 115 first grade games, recording the amazing strike rate of 107 tries. In the 1954 season he scored 34 tries, which remains the Newtown club’s record for the most tries scored in a season.

In that same year of 1954, Newtown’s other winger Kevin Considine scored 22 tries. Their combined total of 56 tries in one season remains both a Newtown and NSWRL first grade record. Ray Preston and Kevin Considine played in both of Newtown’s losing grand final teams in 1954 and 1955.

Ray finished his playing career with seasons at Macksville (on the NSW north coast) and Parramatta. He was also a well-performed professional sprinter in the 1950s.

The Newtown RLFC expresses sincere condolences to the Preston family on his passing.