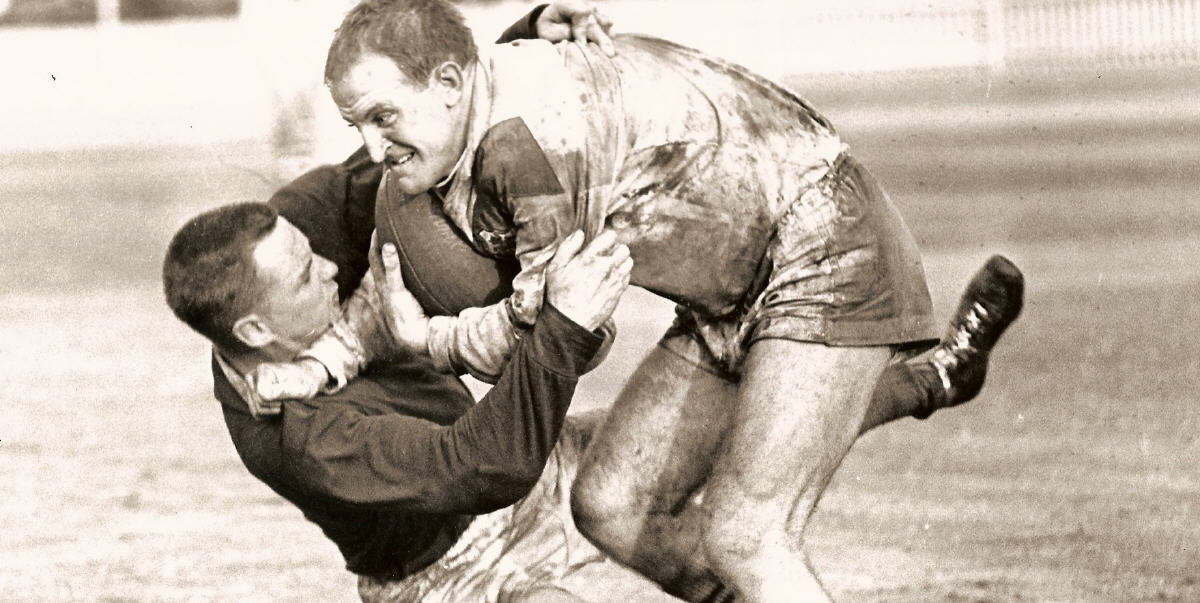 Vale to a great Bluebag

The Newtown Rugby League community is in mourning over the recent passing of Ron Hansen.

Ron Hansen joined Newtown in 1960 and spent six seasons with the Bluebags, making 51 appearances in first grade. The highlight of his career was probably in 1962, when he was a member of the side that triumphed 13-12 against the mighty St George team in a match of the day at the SCG, when the Dragons were in the middle of their eleven-straight premierships.

He always treasured the photo from that day of himself tackling the great Johnny Raper (see above).

Hansen also appeared in both of the Blues finals’ matches that year when they went within a whisker of a Grand Final appearance.

One of the most popular players of his era with team mates and fans alike, Hansen moved to Yamba after leaving Sydney, and his passing will be mourned by those who saw him wear the Royal Blue jersey with distinction.