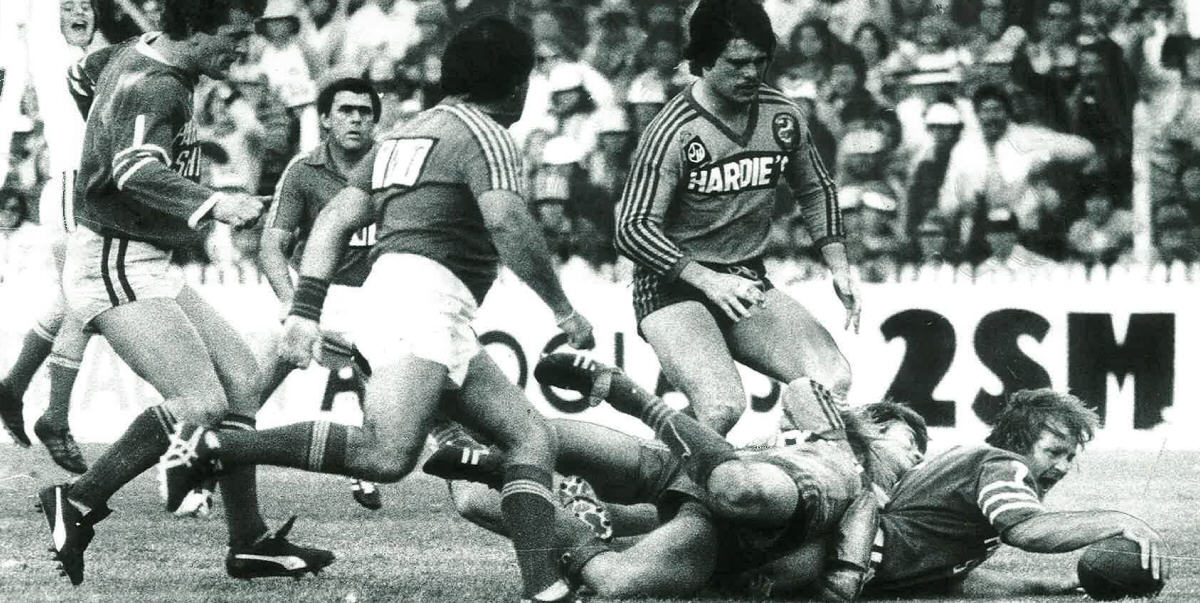 A Newtown victory seemed on the cards when Tommy Raudonikis crashed over to score early in the second half... but alas, Parramatta’s class ultimately prevailed in the 1981 premiership decider.

Virtual Match Report: Heartbreak for the Jets as Parramatta secures its first ever premiership

Newtown had reached their first grand final in twenty-six years. Parramatta led 7–6 at half-time, but the Jets looked set to spring a major upset when tough half back Tommy Raudonikis crashed over to score early in the second-half. Then the Eels’ brilliant backline exploded into action. The combination of Brett Kenny, Mick Cronin, Peter Sterling, Eric Grothe and Steve Ella dominated and would go on to feature in five grand finals and four premierships by the end of 1986.

Steve Edge became the first player to captain two different sides to premiership victory having captained St. George to a win over the Eels in season 1977.

Master coach Jack Gibson had just six words for a packed Parramatta Leagues Club auditorium, who had just witnessed the Eels’ first ever premiership since their 1947 entry to the competition. “Ding, dong, the witch is dead,” he said before the thunderous chants of the success-starved blue and gold army of fans.