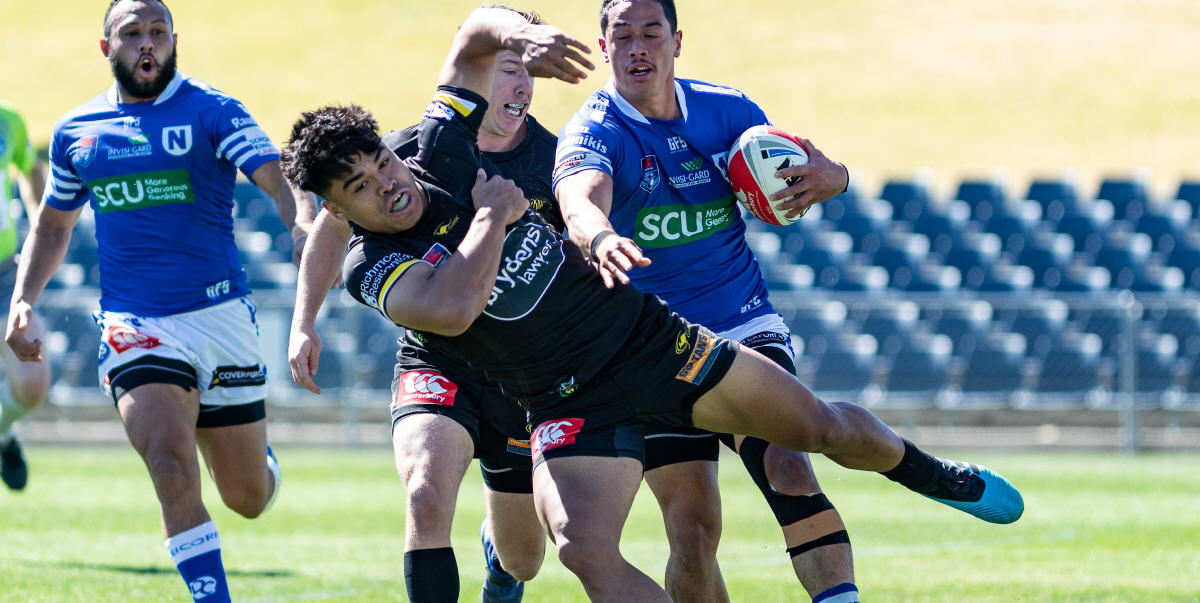 A barrage of thirty unanswered points in the second half has carried the Newtown Jets into the second week of the 2019 Canterbury Cup NSW finals.

The Jets defeated the Canberra Raiders partnership club, Mounties, by 44-20 after having trailed 16-14 at half-time in the match played at Campbelltown Stadium on Saturday.

Newtown scored a try in the fourth minute through winger Tyrone Phillips, but looked to be in real trouble when Mounties scored three tries within five minutes midway through the first half.

The Jets recovered by way of tries to winger Sione Katoa (a trademark high-diving effort in the south-western corner) and a full-blooded bulldozing effort by back-rower Toby Rudolf who scored under the southern end posts.

Mounties extended their lead to 20-14 with a shock try early in the second half, but the rest of the half belonged to Newtown. The Jets made full use of their ninety-one per cent completion rate and some shoddy defence by Mounties.

The Jets ran in five second half tries, with the try-scorers being centre Jackson Ferris (two), fullback Will Kennedy, halfback Braydon Trindall and back-rower Teig Wilton. Trindall converted five of the tries and kicked a penalty goal as well.

The Jets now take on fellow NSWRL foundation club North Sydney in an elimination semi-final to be played at Leichhardt Oval on Sunday, 15th September at 12.10pm. This match will be televised live on 9Gem.

This match is to be televised live on 9Gem.