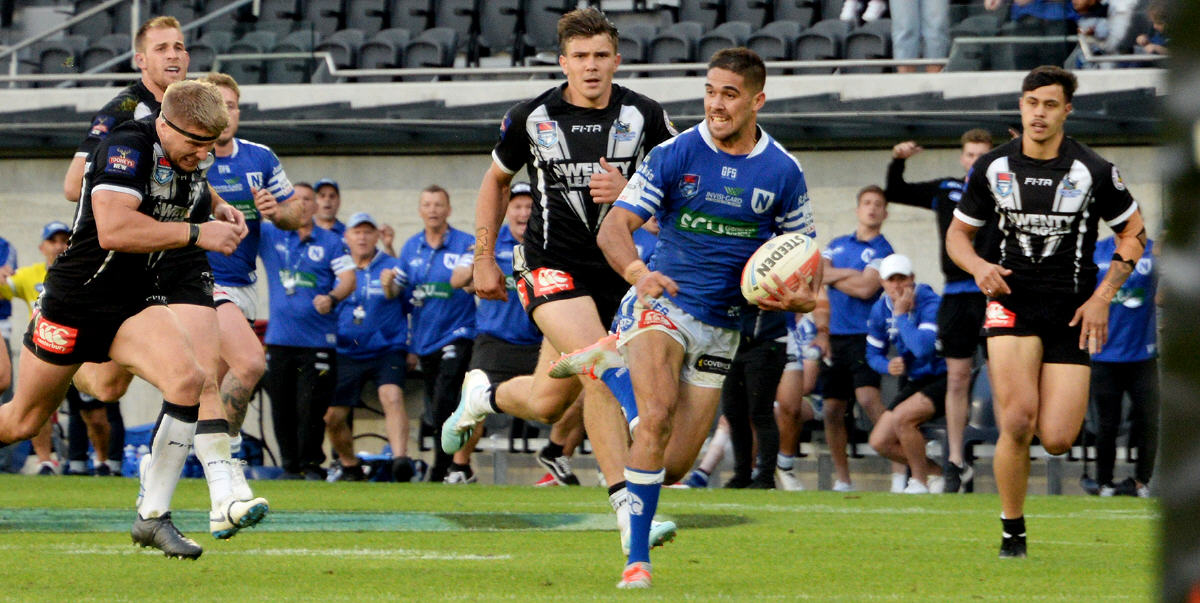 The Newtown Jets might have lost two grand finals in extra time back in 2006 and 2008, but they won on their third attempt in a game involving extended playing time at Bankwest Stadium on Sunday. The Jets defeated Wentworthville 20-15 after the scores were level at 14-all at full-time.

This grand final (played between the two teams who had finished seventh and eighth in the competition) was the definitive match of attrition. Wenty’s veterans used physicality and brute force to try and counter Newtown’s more potent attacking skills. Newtown went closer to scoring on more occasions than Wentworthville, but the Jets had to defend for their lives in the second half. Newtown wingers Tyrone Phillips and Sione Katoa both went desperately close to scoring but were denied by the video referee.

Wentworthville led 14-12 at half-time with both teams scoring two converted tries and the Magpies kicking a penalty goal in the second minute. Centre Ronaldo Mulitalo and second-rower Scott Sorensen had scored Newtown’s tries and both were converted by halfback Braydon Trindall.

The second half was a tough confrontation with neither side conceding a try. No points were scored until the 75th minute, when Braydon Trindall landed a “clutch” angled penalty goal from 35 metres out, enabling Newtown to draw level. There was some controversy as to the circumstances of this penalty, which was awarded because of a shoulder charge on Jets fullback Will Kennedy. Video replays confirm that the referee made the right call.

The extra time period, based on two five-minute sessions (followed by golden point if required), kept the crowd enthralled. Wentworthville snapped a field goal in the second minute of extra time. Braydon Trindall had missed with two field goal attempts in those final frantic moments before the game’s 80th minute.

Leading 15-14 into the second session of extra time, it seemed that Wentworthville were going to grind their way to a narrow victory. With less than three minutes remaining, the Jets laid on their most spectacular play of the day. Lock forward Billy Magoulias, who had created a try for Scott Sorensen with a delicately-weighted kick into the in-goal in the first half, put up a pin-point high kick in behind the Wentworthville right side defence. Tyrone Phillips caught the ball on the run and as the defence closed on him, he sent a perfect pass inside to the fast-supporting Will Kennedy, who sprinted forty metres to score under the posts and to enter the annals of Newtown Jets history.

Braydon Trindall converted and despite a flurry of punching and a consequent penalty associated with the short kick-off deployed by Wenty, time ran down and the game was over. This match had been a thrilling premiership decider of the highest order, and Kennedy’s try was the highlight of his all-round superb display in this game.

Newtown will now meet the Burleigh Bears (the 2019 Queensland State Cup premiers) in the NRL Intrust Super State Championship grand final, to be played at ANZ Stadium on Sunday, 6th October 2019 at 1.35pm.