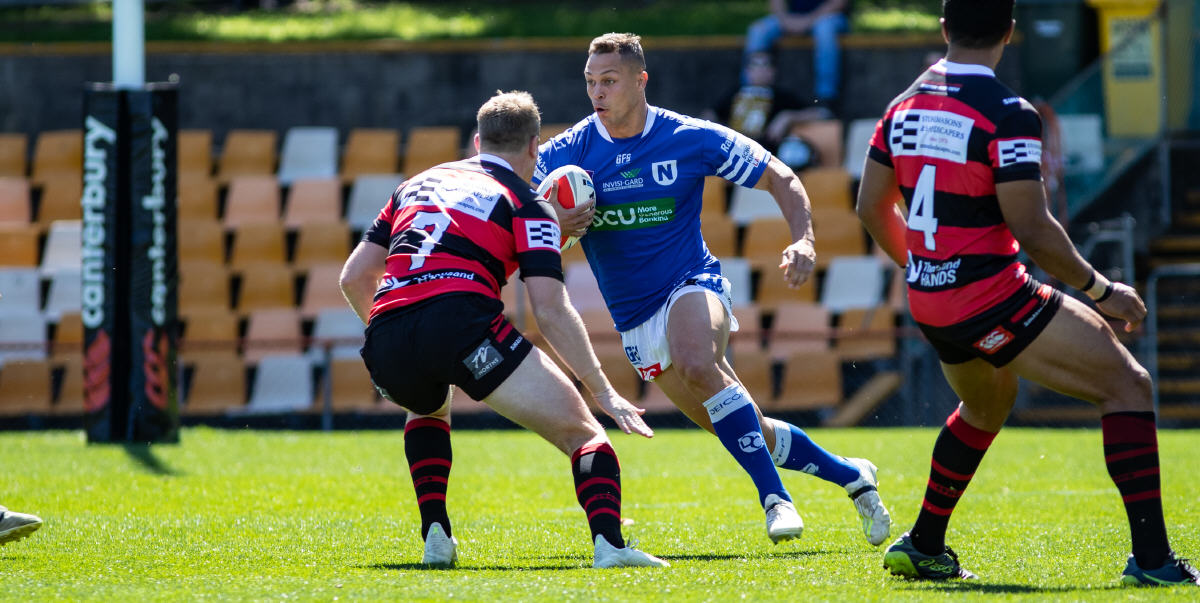 The Newtown Jets have survived another week of sudden-death Canterbury Cup NSW rugby league, having seen off the North Sydney Bears 30-28 in a thrilling elimination semi-final played at Leichhardt Oval on Sunday.

Norths are partners with the powerful Sydney Roosters NRL club, and several Roosters NRL squad members turned out with North Sydney in this elimination semi-final.

This semi-final was played in the middle of the day to accommodate live television coverage requirements, and both sets of forwards felt the pinch of the unseasonably warm conditions.

The Bears opened up an early 14-0 lead and then led 20-6 after they had dominated possession for most of the first half. A superb try to Jets captain Jack A. Williams that involved several players kept Newtown in the contest by trailing 20-12 at half-time.

The Newtown players lifted their defensive intensity in the second try, plus two tries to fullback Will Kennedy put the Jets in the lead by 24-20. The Bears levelled the scores but a critical penalty goal kicked by halfback Braydon Trindall put the Jets back in front at 26-24.

The Jets increased their lead to 30-24 through a try to skilful lock forward Billy Magoulias. The Bears hit back with their sixth try, but their goal-kicker sent the ball wide of the posts from close range.

Newtown survived several anxious moments to hang on to their two-points lead and advance to next weekend’s preliminary final round.

The Jets and Bears have met three times in second tier-level rugby league semi-finals and they have been thrillers on each occasion. In 2011 Norths won 17-16, and in 2012 Newtown won 32-30 with Daniel Mortimer kicking a long-range penalty goal in golden point extra time. In the 2012 game the Bears had led 24-6 in the 51st minute! Sunday’s thriller clearly continued this tradition.

In keeping with the almost unbearable tension of this elimination semi-final, Braydon Trindall’s attempted conversion of Billy Magoulias’ try hit the right-hand upright, ricocheted across and hit the left-hand upright and then fell on the wrong side of the cross-bar!

Here are the highlight’s from yesterday’s game: https://www.nswrl.com.au/news/2019/09/16/highlights–north-sydney-v-newtown/

And here are the match statistics:  http://rugbyleague-reports.stats.com/nrl-match-report.php?matchId=20191132620

Some interesting statistics to emerge from these figures: –

Will Kennedy ran 193 metres, the most of any player on the field; Jets second-rower Scott Sorensen ran 169 metres. Newtown missed 31 tackles and Norths missed 55.

This match will be televised live on Channel 9.