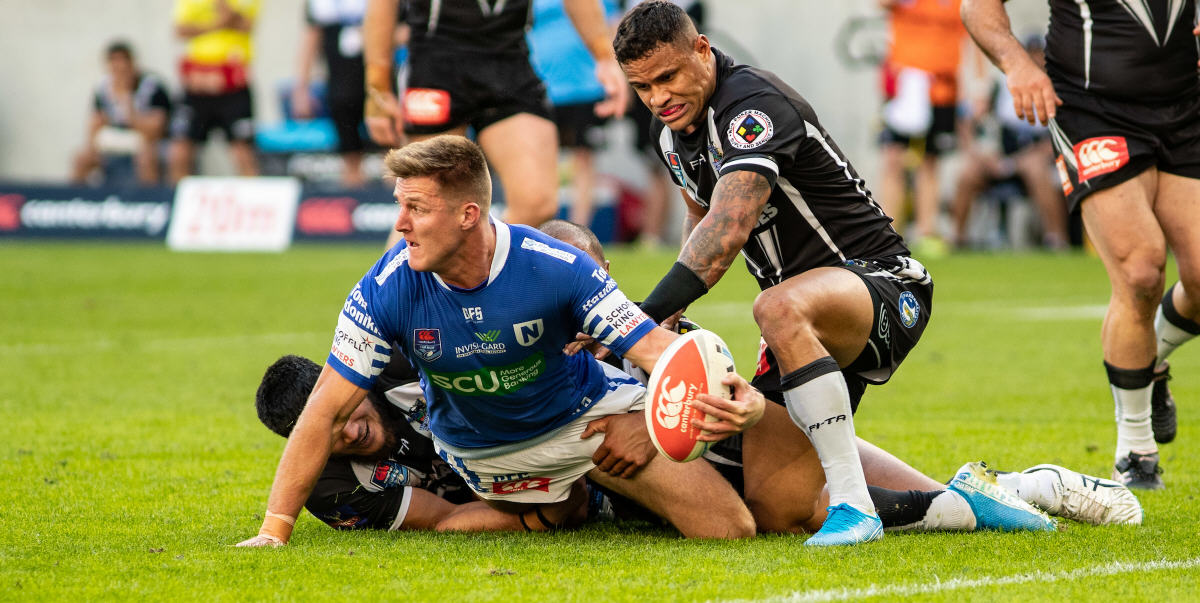 In 2019, Newtown had finished in 7th place and Wentworthville in 8th place and both clubs had won their way through to the grand final. Coincidentally, this was also to be Wentworthville’s swansong appearance in the Canterbury Cup, with Parramatta ready to field their own team from 2020 onwards.

The winner of tonight’s Virtual Season 2020 Grand Final will move on to face the winner of the QRL’s Intrust Super Cup Grand Final in the NRL State Championship Final at ANZ Stadium on NRL Grand Final Day (which was in reality played on Sunday, 6th October 2019).

So tune in at 8.00pm tonight on Jets TV (www.newtownjets.com or www.facebook.com/newtownrlfc), and follow our commentary team on www.twitter.com/newtownrlfc to find out what really happened at the end of Newtown’s amazing run of victories leading into the Canterbury Cup Grand Final.

The Glebe Dirty Reds, the foundation rugby league club that was out of existence between 1930 and 2015 and was then revived in 2016, has swept into the 2020 NSWRL President’s Cup grand final.
The legendary old club that simply would not lie down won a thrilling qualifying final against fellow 1908 foundation club, North Sydney, at Leichhardt Oval on Saturday afternoon.
The score was tied up at 6-all with just thirteen minutes left to play, but the Dirty Reds overpowering domination of possession and territorial advantage eventually made the vital difference.
Glebe added three converted tries and a penalty goal to record a handsome 26-6 victory.
The Dirty Reds will play the pride of the country rugby league, Maitland Pickers, in the NSWRL President’s Cup grand final at Bankwest Stadium on Sunday, 27th September, at 3.30pm.
Glebe won the NSWRL Challenge Cup (a state-wide senior rugby league knockout series) several weeks ago when they crushed Wentworthville 53-16 at Henson Park.
The Dirty Reds have every intention of adding to their trophy tally when they confront the Maitland Pickers at Bankwest Stadium this Sunday.
There are several Newtown Jets identities in the Glebe Dirty Reds grand final team:
Jacob GAGAI, Jonah NGARONOA, Addison DEMETRIOU, John OLIVE, Honeti TUHA, Sitiveni MOCEIDREKE, Liam COLEMAN, Wesley LOLO, Jackson GARLICK (Captain), Thomas HAZELTON, Matt STIMSON, Myles TAUELI, Brock GRAY.
INTERCHANGE
Trent TOELAU, Duwanye MARINER, Sione AFEMUI, Kemueli SERU.
RESERVES:
Ethan NATOLI, Patrice SIOLO, Lorenzo MULITALO.
COACH:
Aaron Zammit.

Tickets for Sunday’s grand final are available through the NSWRL:
https://premier.ticketek.com.au/shows/show.aspx?sh=NSWRLGF20&v=PAR&fbclid=IwAR0IoKScK4BLFSGu5PS-4zRnP6TvdG2nG1EeTxkNMtPAdiJjVZL6Z8LNYYQ