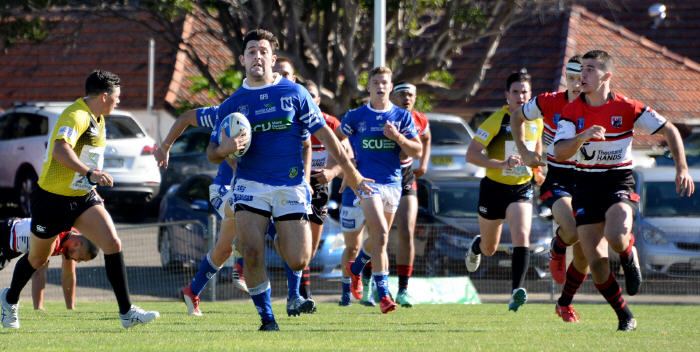 The Newtown Jets travel to south-western Sydney for their 10th round Intrust Super Premiership match against the competition front-runners, Mounties. The Canberra Raiders partnership club has named several players with NRL experience and will be determined to maintain the competition lead. Newtown need to win to remain in the competition’s top eight.

Trent Hodkinson has been named to make his debut with the Newtown Jets on Saturday. Trent has had a long and distinguished rugby league career and made his NRL debut in 2010, and has now played more than 160 NRL matches. He has played with the Manly-Warringah, Canterbury-Bankstown, Newcastle Knights and Cronulla-Sutherland clubs, as well as having represented City Origin and NSW in six State of Origin matches.

Lachlan Stein, who had several games with Newtown in 2016 and represented Scotland in the 2017 Rugby League World Cup, has been named on the wing as a replacement for the injured Sione Katoa. Lachie scored three tries for Glebe-Burwood in that club’s 38-4 win against Hills District in the Ron Massey Cup last Saturday.

This match is being broadcast live on Steele Sports: www.steelesports.com.au

In the 6th round of the Ron Massey Cup competition this weekend, the undefeated Glebe-Burwood Wolves play Cabramatta at the New Era Stadium, Cabramatta on Saturday, 12th May at 3.00pm.

Alby also interviewed Addison Demetriou, who was on debut for the Jets last Saturday:  https://www.youtube.com/watch?v=U2xaVYrta9w