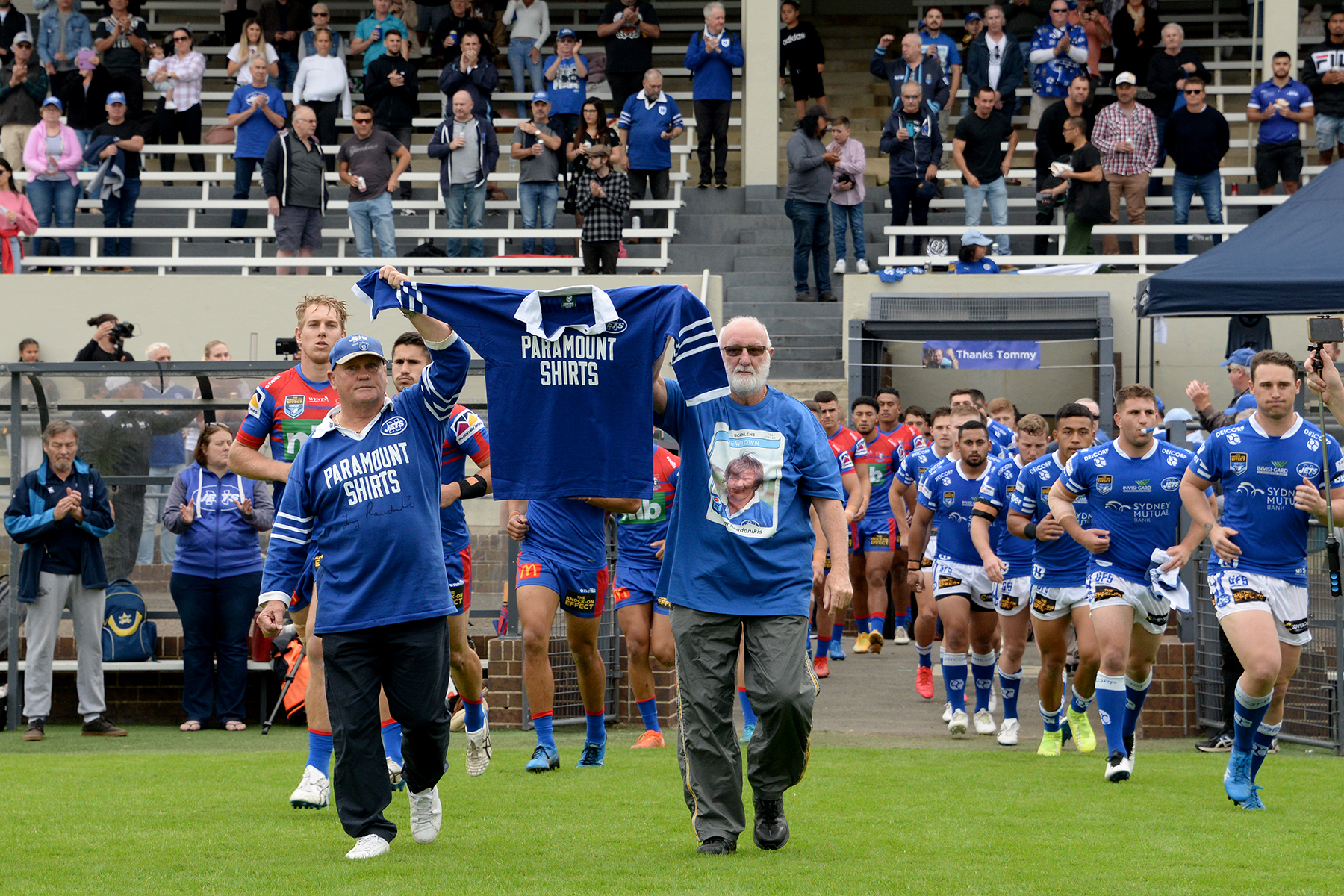 Two outstanding identities with many years of association with the Newtown RLFC, Colin Murphy (left) and Johnny Lewis, lead the teams out at Henson Park on Saturday while carrying a number seven jersey in honour of the late Tom Raudonikis. Photo: Michael Magee Photography.

The Newtown RLFC turned on a splendid tribute day for their former club captain and inspirational leader Tom Raudonikis at Henson Park on Saturday.

The rugby league content of the afternoon was somewhat of a letdown. The Jets began with great energy and looked to have the measure of the Newcastle Knights for most of the first half. The Knights led 18-12 at halftime, although Newtown had scored three tries to two, with all three of these tries being scored by the impressive young winger Jonaiah Lualua.

The Knights put on three quick tries early in the second half, extending their lead to 34-12 and effectively taking  the game beyond Newtown’s reach. The Jets responded with two more tries, one a remarkably determined effort by halfback Braydon Trindall and a fourth to Jonaiah Lualua. The Knights scored another converted try to boost the final score to 42-22 in their favour.

In his post-match assessment, coach Greg Matterson identified Newtown’s key problem as being a succession of errors that were compounded by conceding penalties and “six-again” possession opportunities. The Knights also took full advantage of several defensive lapses when the Jets had been under pressure for extended periods at their own end of the field.

Newtown’s front-rowers Daniel Vasquez and Brock Gray had strong games, and the talented Jonaiah Lualua had the unusual rugby league experience of scoring four tries for a losing team.

As the Knock-On Effect NSW Cup competition moves into the seventh round, the Jets badly need to regain winning form when they take on the Canterbury-Bankstown partnership club, Mounties, at Henson Park next Saturday, 24th April, at 3.00pm.

Newtown v Mounties (who are now a partnership club with Canterbury-Bankstown).