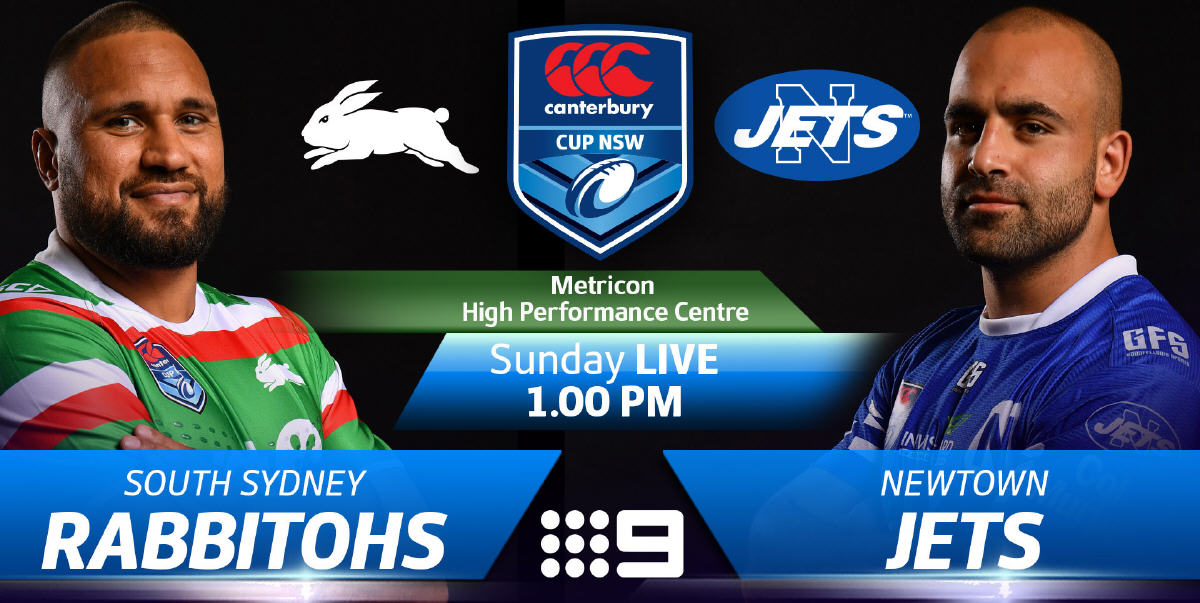 The Newtown Jets go into Round Three of the Canterbury Cup NSW this Sunday at Redfern Oval, still looking to open their account in this year’s competition. Near-neighbours South Sydney are in third place and won’t be out to do the Jets any favours. The Rabbitohs are back in the NSWRL flagship competition under their own name for the first time since 2006, and it has been many years since Souths and the Jets have met at Redfern Oval (now the Metricon High Performance Centre) in a competition match. Please note the earlier kick-off time of 1.10pm.

There is a South Sydney v North Sydney Jersey Flegg curtain-raiser at 11.45am.

There will be plenty of entertainment and refreshments available at Redfern Oval on Sunday, including Young Henry’s, Garlo’s Pies, sausage sizzles, an ice cream truck and a jumping castle.

If you’re heading to Redfern Oval (Metricon High Performance Centre) this Sunday, round up a few family members and friends to go with you and lend your support to the Jets.

Here is a request from Terry Rose from the Campbelltown Warriors RLFC:

The function is being held on Saturday, 8th June 2019 at the Campbelltown Catholic Club.

Terry has asked if any Newtown Jets supporters can help with contact details for any of the following Newtown RLFC players who were all members of the 1979 Group 6 premiership team: