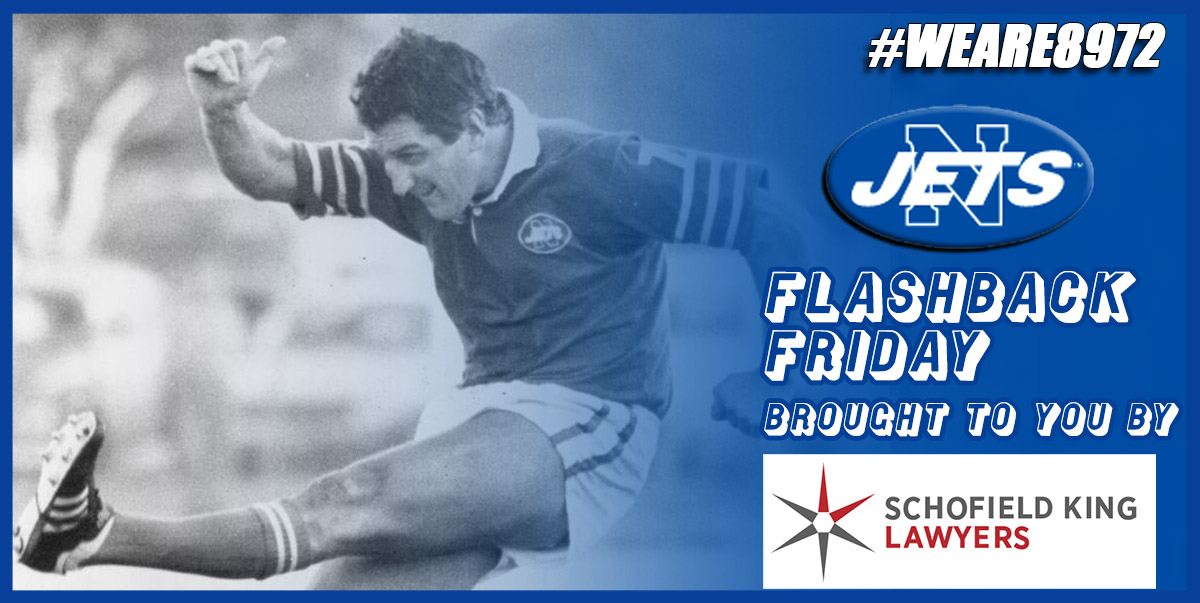 It was a day that Jets legend Ken ‘Squeaker’ Wilson will never forget.

On Sunday, May 2nd 1982, the veteran half celebrated his return to first-grade with a 24-point haul in Newtown’s 51-0 win over the Steelers, who were playing their 10th game since being admitted into the NSWRL premiership.

Newtown coach Warren Ryan had dropped the point-scoring machine to the bench the previous week against Parramatta, but Squeaker returned to the starting side with a bang, bagging a try, 10 goals and a field goal in what would prove the biggest winning margin in the club’s 75 years in the top grade.

Wilson the only star of the afternoon, though, with quicksilver winger John Ferguson earning rave reviews from coach Ryan after a sterling two-try performance.

“Ferguson has representative class written all over him,” Ryan enthused after the match.

“There are not many left-wingers who can beat their man as often as Ferguson does, yet he never gets the deserved recognition.”

Newtown got on the board early after Jim Walters crossed from dummy half in the 17th minute and from that point, the tries began to flow. Walters also finished the game with a double, as did fullback Phil Sigsworth. Other players to get on the scoresheet were Peter Kelly, Allan McMahon and Graeme O’Grady, who all crossed for a try apiece.

The only downside of the afternoon for the Jets was a calf injury sustained by Ray Blacklock.