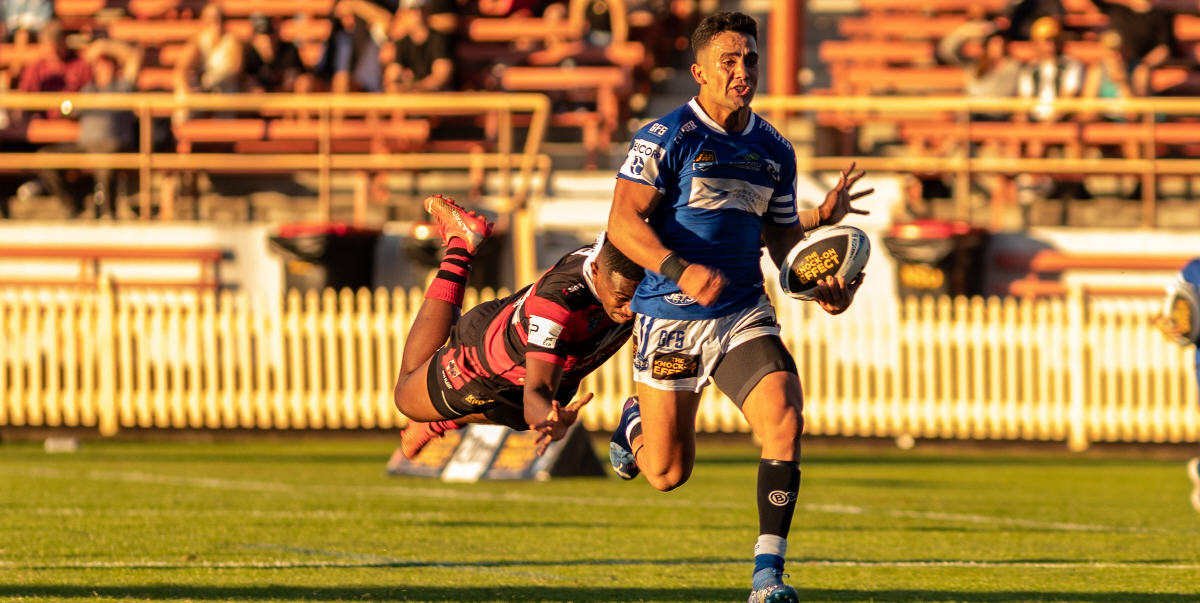 The Newtown Jets and North Sydney Bears piled on a total of thirteen tries at North Sydney Oval on Sunday, as the Jets overran the Bears in the final twenty minutes to win 40-28.

The Jets regained second place on the Knock-On Effect NSW Cup competition table with this win. The Bears had previously been in second place and are now third after nine competition rounds have been played.

Newtown made a strong start to this game with three tries being scored in the first sixteen minutes to run up a 14-6 lead. Norths hit back and took advantage of some shoddy defence as they moved to a 16-14 lead with ten minutes left in the first half.

The Jets scored a converted try in the 33rd minute to take a 20-16 lead into half-time.

North Sydney had the better of the third quarter of the match and led 28-20 with twenty minutes left to play. Jets halfback Braydon Trindall conjured up a superbly-flighted 40/20 kick that put Newtown in a prime attacking position. Jets winger Jonaiah Lualua scored his second try from a cut-out pass from Trindall to reduce North Sydney’s lead to 28-24.

The Bears had possession close to Newtown’s try-line in the 68th minute and had a try-scoring chance disallowed that may very well have been a game-changer.

In the next set of possession Jets centre Kayal Iro made a superb break and out-sprinted several Norths pursuers as he raced eighty metres to score. Trindall’s conversion put Newtown ahead 30-28 with ten minutes still to play.

The Jets then laid on two exhilarating tries, one to hooker Jayden Berrell and another to winger Samuel Stonestreet (the tall winger’s third for the afternoon), to extend Newtown’s eventual winning margin out to 40-28.

This match was an entertaining spectacle for the North Sydney Oval crowd and it was a contest where the momentum of the game had swung from one team to another. Newtown’s surge of four tries in the final seventeen minutes earned the Jets two valuable competition points and second place on the NSW Cup premiership table behind Penrith.

Newtown’s best backs were fullback Kade Dykes (who delivered clever passes for the Jets’ first and last tries), centre Kayal Iro and five-eighth Luke Metcalf. Reliable utility back Tyla Tamou defended well in the centres. Kayal Iro most certainly had a productive afternoon – he ran 268 metres on the day, made three line breaks and gave the final pass for three tries, as well as his own virtuoso eighty-metres try-scoring effort.

The best forwards for the Jets were front-rowers Thomas Hazelton and Caleb Uele and back-rowers Liam Harris and Jesse Colquhoun. Hooker Jayden Berrell was a constant threat to the Bears from dummy-half.

Newtown has a bye next weekend (14th/15th May). The Jets return to Henson Park to play Mounties on Saturday, 21st May at 3.00pm.