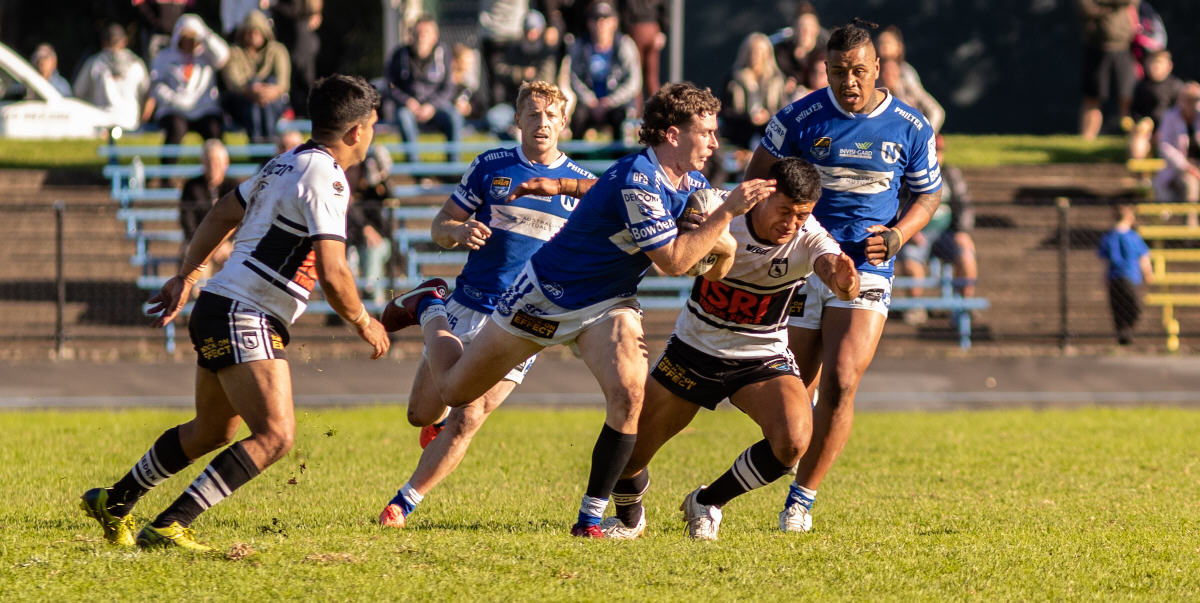 The Newtown Jets dropped a valuable competition point when they drew 21-all with Western Suburbs, in the twelfth round Knock-On Effect NSW Cup match played at Lidcombe Oval last Sunday.

Although the Magpies were travelling in last place on the competition table, they fielded a significantly stronger team than in previous weeks and were always likely to provide stern opposition to the second-placed Jets.

Newtown led 20-12 at half-time and the match statistics show that they had dominated the first half. The Jets had completed their sets well and had close to 60% of possession. Hooker Jayden Berrell had scored two determined tries and front-rower Caleb Uele had scored one try, with centre Mawene Hiroti converting all three tries and adding a penalty goal.

The second half was a complete turn-around, with Wests dominating possession and making fewer errors than the Jets. The Magpies scored two unconverted tries to pull back to 20-all. Jets five-eighth Rhys Davies snapped a field goal in the 72nd minute, but a Newtown handling error gave Wests possession with two minutes remaining. The Magpies worked the ball downfield and kicked a field goal in the 79th minute to force a 21-all draw.

On balance, Wests clearly had the better of the second half and having scored four tries to three, probably could claim to have been unlucky not to have staged a major upset by beating second-placed Newtown.

Caleb Uele and Jayden Berrell had been the best of Newtown’s forwards, while livewire fullback Lachlan Miller, centre Kayal Iro and halfback Kade Dykes had done all they could to retrieve the situation for the Jets.

The Newtown Jets travel to the National Capital this Sunday for their thirteenth round encounter against the Canberra Raiders. The match is to be played at the GIO Stadium, Canberra on Sunday, 5th June and will kick off at 1.45pm. The Jets remain in second place on the NSW Cup competition table and the Raiders are in seventh position.

The Jets had beaten Wests 40-10 back on the 9th April and therefore win the series on the basis of the results of the two games.

The Match Statistics were: