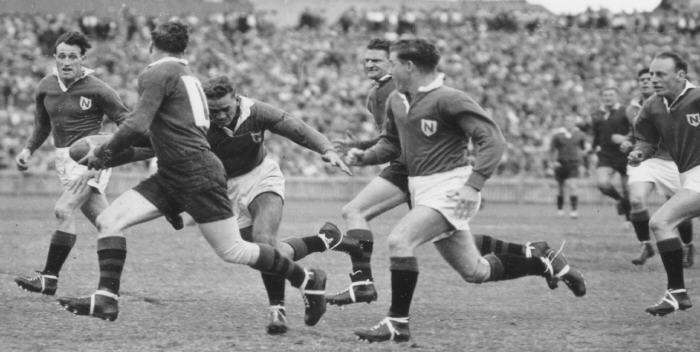 Horrie Kessey 'The Flying Winger' in action for Newtown v Souths at the SCG 29th April, 1950

We regret to advise that former Newtown RLFC player, official and Life Member Horrie Kessey passed away on Monday night.

Horrie played 76 first grade games as a winger with Newtown between 1946 and 1953 and scored 48 tries. His father Jack Kessey had played with Newtown between 1926 and 1932. Horrie was a member of Newtown’s 1948 reserve grade premiership-winning team and he was a regular attendee at Henson Park reunion days in recent years.

Horrie is the third Life Member we have farewelled over the past eleven weeks. In these times of sadness, we remember the good times and contributions these men have made to this great club.

Our sincere condolences go to the extended Kessey family.

As his son Phillip remarked “The Flying Winger hung his boots up!”

A memorial service will be held on Friday 16th January at 2pm at Forster Uniting Church.